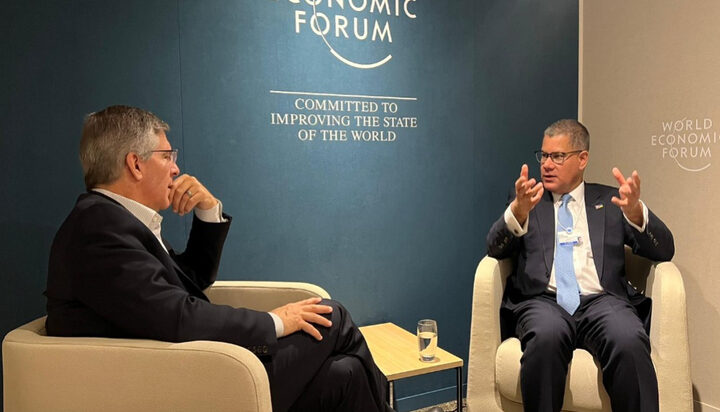 The COP26 President has said businesses will be required to provide updates on their green investments to avoid a windfall tax on their rising earnings.

In a televised interview with Bloomberg on the sidelines of the World Economic Forum, Alok Sharma said that businesses’ failure to disclose how they invest their profits in green initiatives would mean “all options are on table”.

On Friday, Offshore Energies UK (OEUK) which represents more than 400 companies in the oil and gas sector said the industry will pay an estimated £7.8 billion in taxes this year.

It estimated that was a 20-fold increase worth £279 per household.

He said: “The last few weeks we have seen record temperatures in India, Pakistan, flooding in South Africa, all of these, we have to deal with.

“It’s not only for the public sector, we also need the private sector to be involved, that’s how we are going to get more progress on this.”