Will the next MasterChef wear CO2-capturing apron? 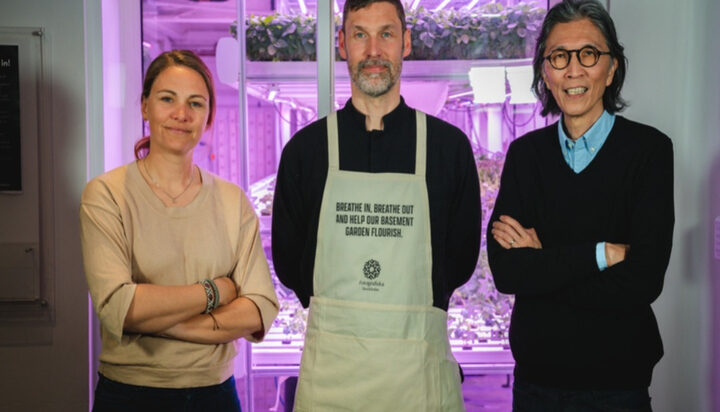 How could plants grow from the carbon dioxide that is being captured by aprons?

Clothing that absorbs carbon dioxide from the air and then releases it as nutrition for plants is now being tested by staff at a restaurant in Stockholm. Sweden.

The ‘Carbon Looper’ project is ongoing research that is part of the Planet First programme led by the H&M Foundation and The Hong Kong Research Institute for Textiles and Apparel (HKRITA).

The work aims to push the entire fashion industry toward becoming “planet-positive” instead of depleting resources.

ELN spoke to Edwin Keh, Chief Executive of Hong Kong Research Institute of Textiles and Apparel about the project which drew inspiration from chimneys of coal-fired power plants.

He said: “We had largely this ambition to work on carbon sequestering and carbon-neutral and ‘carbon-negative’ materials.

“And the first thing we thought about how are other industries dealing with this challenge and what are some things that exist already that we can improve on, adapt or use differently.

“And this is when we started looking at how highly efficient chimneys deal with carbon dioxide emissions.”

His team came up with the idea of modifying material that is normally used to create aprons.

Mr Keh said: “The aprons are made of cotton and what we have found, what we did to cotton was to modify its surface

“So we put it into a treatment that attracts and attaches the carbon dioxide in use. It absorbs carbon dioxide until it becomes saturated and usually that’s about a day or so.

“The saturated aprons are then taken into an oven which heats it up to somewhere between 30°C and 40°C and instantaneously the carbon dioxide is then released.”

“This accelerates the development and the growth of the plants that are in photosynthesis.”