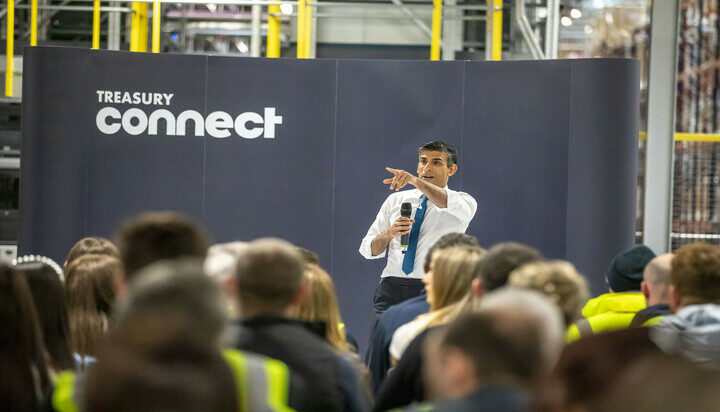 The government has turned a previously announced £200 loan into a £400 grant for all households and has given a one-off payment worth £650 to eight million of the lowest-income households.

Pensioners entitled to winter-fuel payments will receive a one-off sum of £300 while those in receipt of disability benefits will get an extra £150.

A temporary windfall tax of 25% on the excess profits of oil and gas firms will also be imposed.

But what does the industry think about the new multi-billion government package to tackle the cost of living crisis?

Energy UK has welcomed the Chancellor‘s announcement of an enhanced customer support package but has highlighted the need for measures that could also protect businesses from rising energy prices.

Energy UK‘s Director of Advocacy, Dhara Vyas, said: “The Chancellor deserves credit for listening and putting in place increased support for households. It won’t be easy for customers who will still be facing high energy bills, but this should help ease the difficulties for millions of households.

“It’s important that the government also considers the energy costs facing businesses, who are also struggling with rising prices. It was also a missed opportunity to improve household energy efficiency as the best way to reduce bills permanently for customers.

Conversation about ‘what next’ must continue

The Association for Decentralised Energy (ADE) has touted the government’s new package as a “welcome gesture” and has stressed the need for permanent solutions to drive down gas demand and bring more relief to customers.

Lily Frencham, Chief Executive Officer of the ADE, said: “It is important that we continue to think about how to provide targeted support to those who most need it.

“We must also continue a conversation about ‘what next’ and soon – the way to protect households from energy price rises in the long-term is to remove our exposure to volatile gas markets through decentralised energy technologies such as heat networks and energy efficiency upgrades.”

Calls for a social tariff

The charity’s Chief Executive suggests the new package “averts the darkest of outcomes”.

Adam Scorer added: “The government urgently needs to plan for energy prices to remain high for the longer term. This must include a social tariff, an affordable price of energy for the poorest households.”

Mike Foster, Chief Executive Officer of not-for-profit trade association Energy and Utilities Alliance, has said it is time for the government to make some long-term policy decisions to protect consumers from rising energy costs further.

Mr Foster said: “Now, the government needs to look at the long-term protection of the British people and their financial situation in the face of rising energy costs by urgently shifting away from fossil fuel gas to hydrogen, using the world-class gas networks already underground to supply our homes and businesses.

“This will create more secure energy supply to homes breaking free from the blood-stained hands of President Putin, and positioning the UK as the world’s leading hydrogen economy.”

Windfall tax is a no-brainer

Cara Jenkinson, Cities Manager at climate solutions charity Ashden, said: “With the urgent need to reduce the cost-of-living crisis, this windfall tax is a no-brainer.

“But for real impact the government needs to be much bolder – the UK should be ploughing money into investments that will rapidly reduce prices for struggling families and reduce emissions for a struggling planet.

“Embarking on a massive nationwide retrofit campaign that is designed to help the poorest of this country, is the second ‘must’”.

More support to the poorest

Matthew Cole, Head of Fuel Bank Foundation, said: “The £400 grant to all households could have had a greater impact if a higher amount was provided to the poorest, who don’t have any room in their budgets to absorb the unprecedented price rises and will go cold or without food this winter.

A win for campaigners

The package of measures for households is welcome and a win for campaigners, but insufficient, campaigning group Uplift has said.

In response to the Chancellor’s announcement on a windfall tax, Tessa Khan, Director of Uplift, said: “Sunak’s proposed relief on investment incentivises more oil and gas fields in the North Sea, which will only worsen the climate crisis and lock us into unaffordable energy bills, instead of accelerating the growth of affordable renewable energy.

“The majority of North Sea oil and gas companies are not investing anything in UK renewables and the investment loophole in the levy will only make this worse.”