The Magnum plant consists of three combined cycle gas turbines and is also ‘hydrogen-ready’, which means it could partly run on hydrogen 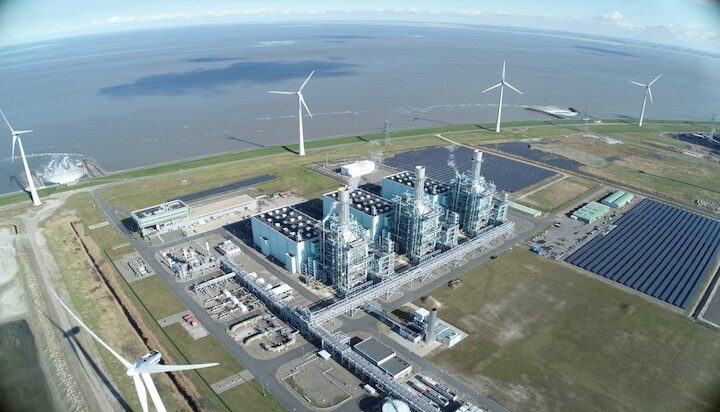 RWE is buying a gas-fired power station with a capacity of 1.4GW in the Netherlands from Vattenfall in a deal worth €500 million (£428m).

The Magnum gas-fired plant, located in Eemshaven, consists of three combined cycle gas turbines and is also ‘hydrogen-ready’, which means it could partly run on hydrogen.

It can be made technically suitable to co-fire hydrogen by up to 30% and has the potential to be converted to rely on hydrogen as the sole fuel by the end of the decade.

Sopna Sury, COO Hydrogen of RWE Generation said: “With the acquisition of the power plant in Eemshaven, we are strengthening our Eemshydrogen project cluster. At this site, we want to drive forward the production of low-cost hydrogen at large scale. Green hydrogen is the key element for decarbonising the industry and thus an important pillar for the success of the energy transition.”

The agreement, which is expected to close by the end of September, also includes a solar park that consists of 18,000 solar panels with a total capacity of 5.6MW, located on the terrain of the Magnum plant.

“The proceeds from the transaction give Vattenfall more resources to invest in the energy transition, such as offshore wind and district heating and cooling.”