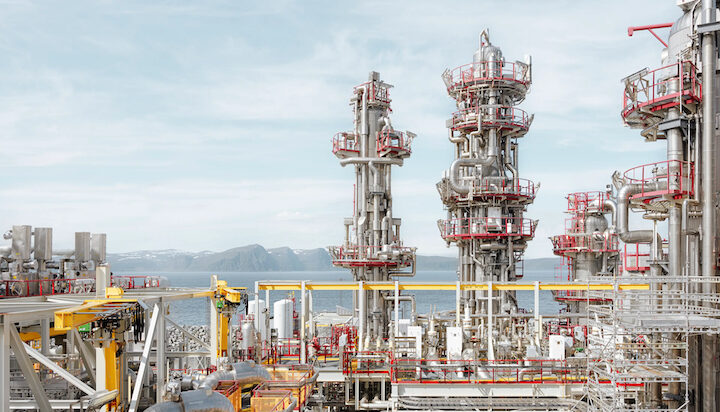 Norwegian energy company Equinor has restarted the Hammerfest LNG facility after it was shut down for 20 months.

The plant was initially brought online in 2007 and was shut down in September 2020 for repairs following a fire.

It is now back in production after “extensive repairs and improvement work”, which included repairs of sophisticated equipment and compressors, with more than 22,000 components checked and 180 kilometres of electric cables replaced.

During normal production, Hammerfest LNG delivers around 6.5 billion cubic metres per year – equivalent to the annual gas demand of 6.5 million European households – and the volumes account for more than 5% of Norwegian gas exports.

The LNG tankers Arctic Voyager, Arctic Lady and Arctic Princess are anchored up outside Melkøya, ready to receive new cargoes from Hammerfest LNG.

Irene Rummelhoff, Equinor’s Executive Vice President, Marketing, Midstream and Processing said: “With the start-up of Hammerfest LNG, we add further volume to the already substantial gas deliveries from Norway. This is of great significance in a period when predictable and reliable supplies are highly important to many countries and customers.”