Some UK communities may need to relocate as flood risk is rising, warns Environment Agency 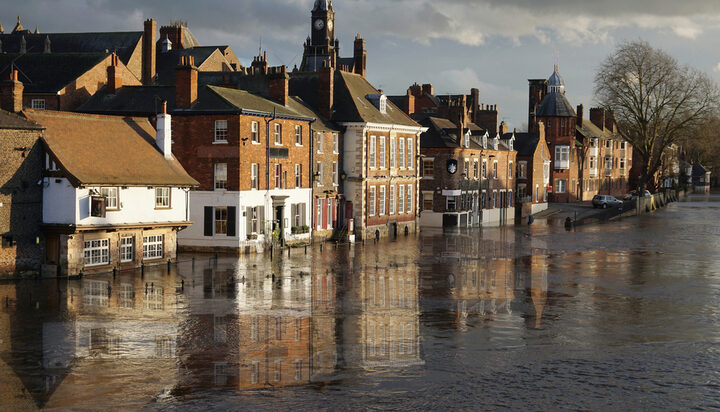 The boss of the Environment Agency has issued a stark warning that some of the UK’s coastal towns may have to be deserted because of rising seas, one of the effects of climate change.

Delivering a speech at the Flood and Coast Conference in Telford, Shropshire Sir James Bevan said: “More frequent and more extreme flooding and storm surges are becoming the new normal and are already posing greater risks to lives, infrastructure and property.”

Sir Bevan pointed out the events last summer in London and said these were a “stark reminder” of the major challenges associated with flooding.

He added: “And the future may be a lot worse: the Intergovernmental Panel for Climate Change predicts that a global sea level rise of two metres by 2100 cannot be ruled out.

“Imagine that and remember as you do that most communities in Britain are sited at or near our current sea level.”

Channelling Led Zeppelin, he also said, “we don’t want to wait for the levee to break for communities to realise they’ve got to move”.

However, he explained that it is “far too early” to say which communities are likely to need to move in due course.

Sir James Bevan said: “When we do eventually get to decisions on any relocation of communities, they must take full account of the views of the people who live there: no one should be forced from their homes against their will.”

A few months ago, the UN warned that by 2030, almost half of the global population will be exposed to flooding, storms and tsunamis.