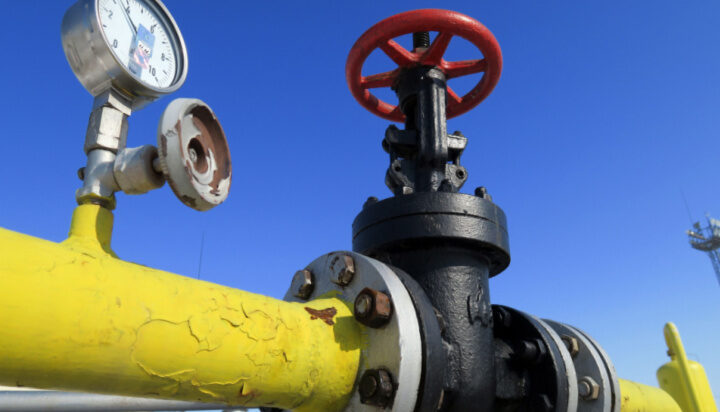 Russia‘s energy giant Gazprom has announced it is limiting once more the amount of gas to Germany to under 70 million cubic metres per day.

Normally, the amount of gas supply is 167 million cubic metres per day.

Yesterday, the company unveiled a reduction in the gas capacity of the pipeline after Siemens Energy delayed the delivery of equipment necessary for the project.

In a statement regarding the operation of the Portovaya compressor station (CS), Gazprom said: “Due to expiration of prescribed time before overhaul (in line with the Rostekhnadzor notification and taking into account the technical condition of the relevant machine) Gazprom is shutting down one more gas turbine engine produced by Siemens at the Portovaya CS.

“The daily throughput of the Portovaya CS from 1.30am (Moscow time) June 16 will be up to 67 million cubic metres.”

German Economy Minister Robert Habeck said there is a political motivation behind this gas reduction.

Mr Habeck said: “As far as we know, the first maintenance tranche where this would have become relevant, is not due until fall. And when it does come, it won’t be on the 40% scale because there will be a number of installations.

“In this respect, I also have the impression that what happened yesterday is a political decision.”

He also said it is a strategy to “unsettle and drive up prices”.