G7 warned ‘don’t allow climate to take a back seat’

A new report implores the leaders to reject a return to fossil fuels, during their recent meeting in Germany 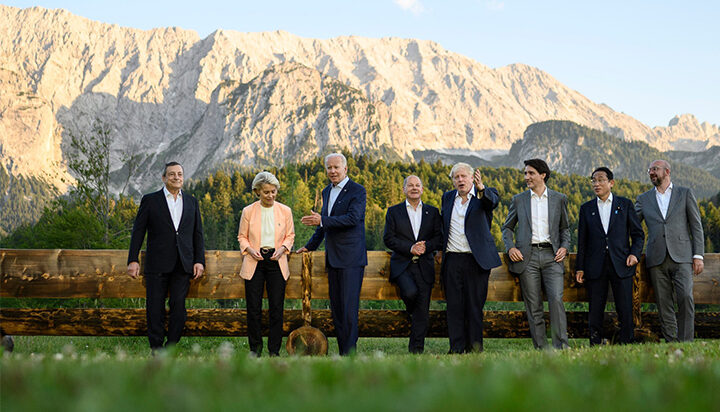 G7 leaders have been urged not to allow fossil fuels to become an easy solution to sky-high energy prices.

Climate think tank E3G has claimed in its latest report that if there isn’t a change in how the G7 supports developing nations in mitigating climate change, the aims of the Paris Agreement will be unattainable.

The report states that last year, developing countries collectively invested just $64.3 billion (£52.3bn) into renewable energy and that this is nowhere near enough for net zero to be met.

The G7 have met in the Bavaria to discuss various pressing political issues – and the think tank has stressed that progressing clean energy and mobilising climate finance for the rest of the world should be a priority.

Given the Ukraine War, some members of the G7, including Italy and Germany have suggested reopening some disused coal plants to fight rocketing energy costs. Prime Minister Boris Johnson has also toyed with the idea of building a new coal mine in Cumbria.

Only last month, however, the G7’s climate ministers agreed to divest in any overseas fossil fuel projects by the end of this year.

E3G’s Climate Diplomacy Leader, Alex Scott, commented: “It was a big triumph getting Japan to sign up to ending investment in overseas fossil fuels. We’re worried Germany could now water down the language because of the urgency they feel in replacing short-term gas supplies.”

This comes after German Chancellor Olaf Scholz has said that pursuing fossil fuel projects in Senegal to stop gas rationing could be on the cards.

UN Secretary-General António Guterres has also said that using the Ukraine War as an excuse to return to fossil fuels is ‘mutually assured destruction’.

The report pushes the G7 to set the mobilisation of finance for developing countries as the top priority during the talks – with less credit costs on renewable projects also touted as an easy way to get these nations on side.