Scientists reveal lithium-ion batteries that can survive in extreme weather

Batteries could futureproof EVs against freezing cold and scorching heat 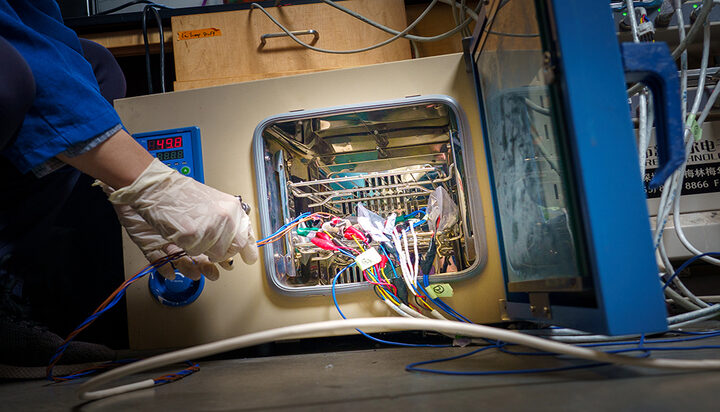 Do you have anxiety about how long the battery of your electric vehicle (EV) could last in extreme weather conditions? Scientists say that would not be an issue anymore.

The researchers accomplished that by developing an electrolyte that is not only versatile and robust throughout a wide temperature range, but also compatible with a high-energy anode and cathode.

It is made of a liquid solution of ‘dibutyl ether’ mixed with lithium salt.

A special characteristic of dibutyl ether is that its molecules bind weakly to lithium ions, meaning the electrolyte molecules can easily let go of lithium ions as the battery runs.

Scientists note that the cold and heat-tolerant batteries could potentially allow EVs in cold climates to travel farther on a single charge; they could also reduce the need for cooling systems to keep the vehicles’ battery packs from overheating in high temperatures.

Zheng Chen, a Professor of Nanoengineering at the UC San Diego Jacobs School of Engineering and author of the study, said:  “You need high-temperature operation in areas where the ambient temperature can reach the triple digits and the roads get even hotter.

In EVs, the battery packs are typically under the floor, close to these hot roads.”