A Ukrainian group has said Canada’s decision to allow the return was not “reasonable, transparent or properly authorised” 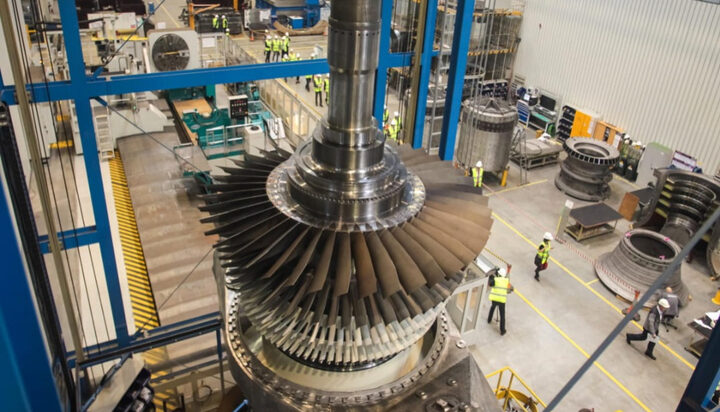 A Ukrainian group has filed a lawsuit against Canada regarding the country’s decision to allow the return of a repaired Nord Stream 1 turbine to Germany.

The notice of application for judicial review states that the decision to grant the permit was not “reasonable, transparent, or properly authorised”.

It was filed by the Ukrainian World Congress and a Canadian citizen who is a current resident of Ukraine.

The Ukrainian Foreign Ministry had previously touted the decision made by the Canadian Government as “disappointing”.

The decision was endorsed by the US Government which said in a statement: “The US is united with our allies and partners in our commitment to promoting European energy security, reducing our collective dependence on Russian energy and maintaining pressure on the Kremlin.

“In that vein, we support the Canadian Government’s decision to return a natural gas turbine to Germany for use in the Nord Stream 1 pipeline.”

The US Department of State said in the short term, the turbine will allow Germany and other European countries to replenish their gas reserves, increasing their energy security and countering Russia’s efforts to weaponise energy.

Commenting on the legal action, Paul Grod, President and Chief Executive Officer of the Ukrainian World Congress, said: “Canada’s decision to break sanctions and send the Siemens’ turbine back to Russia is a grave mistake with dire consequences.

“This exemption to the sanctions regime against Russia is totally unacceptable. There are real alternatives to Germany’s gas needs, including buying through Ukraine’s pipeline.

“We cannot supply a terrorist state with the tools it needs to finance the killing of tens of thousands of innocent people. This is not just about a turbine or possible many turbines to support Russia’s energy exports, this is about continuously succumbing to Russia’s blackmail.”