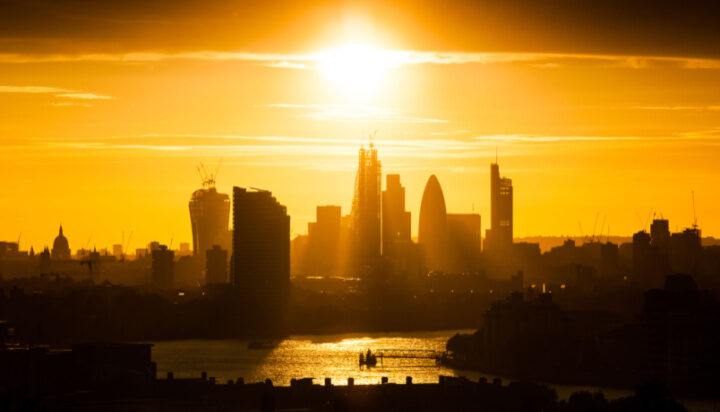 For the first time temperatures of 40°C have been forecast in the UK.

Met Office has issued today the first ever red warning for exceptional heat.

The UK’s national weather service said exceptional heat is expected to affect a large part of England early next week, with temperatures likely in the high 30°C in some places and perhaps even reaching 40°C.

Met Office Chief Meteorologist Paul Gundersen, said: “Currently, there is a 50% chance we could see temperatures top 40°C and 80% we will see a new maximum temperature reached.”

It has been reported that high temperatures might force nuclear power stations to reduce or stop their generation.

Nuclear stations use a great amount of cooling water, dumping it back into rivers – according to EU rules, power plants are required to reduce or stop nuclear power generation when rivers reach a certain temperature.

That is to ensure the water used to cool the plant does not damage the environment when discharged.

Dr Nikos Christidis, a Climate Attribution scientist at the Met Office, said: “Climate change has already influenced the likelihood of temperature extremes in the UK.

“The chances of seeing 40°C days in the UK could be as much as 10 times more likely in the current climate than under a natural climate unaffected by human influence.

“The likelihood of exceeding 40°C anywhere in the UK in a given year has also been rapidly increasing, and, even with current pledges on emissions reductions, such extremes could be taking place every 15 years in the climate of 2100.”

A National Grid ESO spokesperson told ELN: “The ESO has the relevant tools and experience to deliver safe and secure system operation at national transmission level.

“Our control room engineers are used to managing heatwaves and our demand models account for varying temperatures.”

A government spokesperson told ELN: “Great Britain has one of the most reliable energy systems in the world.

“We work closely with network operators, the regulator Ofgem and other stakeholders to ensure that the appropriate technical and operational measures are able to be deployed throughout the year, to ensure the integrity of the energy system.”

Parts of England on Monday and Tuesday