He is offsetting his move from Burnley to Brentford 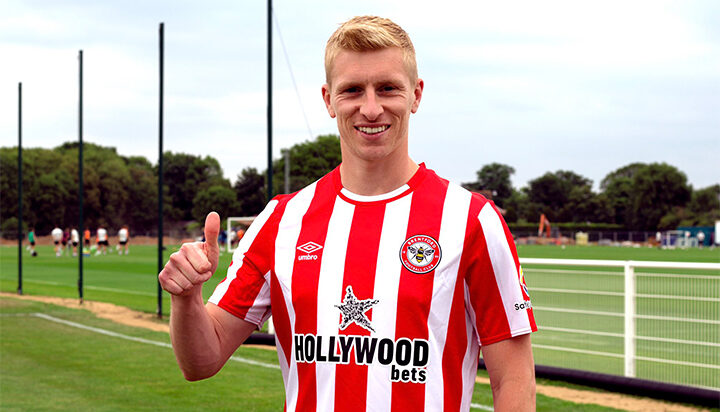 Premier League defender Ben Mee has stated his desire to make his recent transfer to Brentford from Burnley – who were relegated from the top division last season – carbon-neutral.

Mee has joined the London side on a two-year contract, following a free transfer – and has teamed up with Carbon Neutral Britain to offset the carbon impact of the move.

The centre-back has revealed he normally drives an electric car but chose to travel to London from Manchester in a petrol car, after being unsure of where charging points would be accessible on his journey.

In an industry that involves a lot of travel I know transfers add to a big carbon footprint so I’m going to offset all the emissions from around my transfer by supporting Carbon Neutral Britain. pic.twitter.com/OUTUyyIDPc

He has enlisted the UN-approved offsetting company to mitigate the entire impact of his 36-hour transfer.

As the footballer was unaware of the exact emissions of his journey, he revealed his decision to pay enough for an average person’s annual emissions.

His payment will see 15 tonnes of carbon offset, with 20 trees planted a month for the year, according to Carbon Neutral Britain, which claims that the average carbon footprint of an average Brit is between 12-14 tonnes.

Ben Mee stated: “I’m conscious that transfers rack up lot of air miles and a lot of driving miles as well, so I’m looking to offset my emissions for this transfer. I’m not perfect but I want to do my bit to make this transfer carbon-neutral.”