There are no easy answers in the market right now, Jonathan Brearley has said 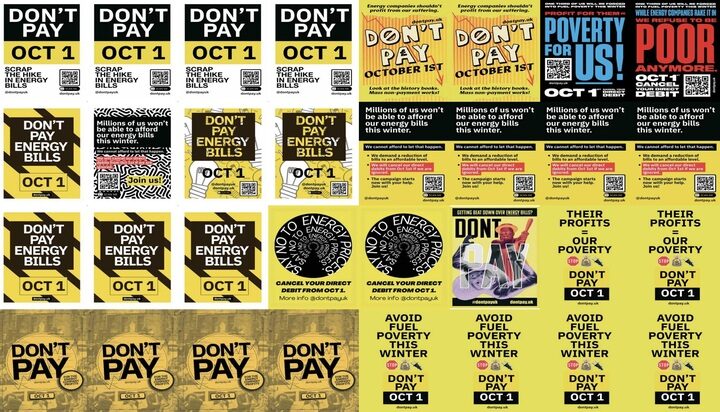 Tens of thousands have already put their names to a pledge to cancel their direct debit payments for electricity and gas bills from 1st October.

Moments after the announcement of the quarterly price cap review methodology, in an interview with BBC Radio 4’s Today programme, Jonathan Brearley warned about the potential negative impact this move could have.

Mr Brearley said: “I know everyone is extremely worried about paying their energy bill, but absolutely I would not encourage anyone to join a campaign like this for two reasons.

“First of all, it will drive up costs for everyone across the board. And secondly, if you are facing difficulty in paying your bill, the best thing you can do is get in touch with your energy company.”

The boss of the energy regulator said people should make sure they get access to all the support that is available so that they do not pay more than they need to.

Jonathan Brearley continued: “I would not encourage anyone to withhold their paying their bill because that just damages things further and it will impact them personally.”

In recent weeks, experts have called for additional government support as the package announced in May, which includes a £400 discount paid over the course of six months, does not reflect the recent estimates on winter energy bills.

Asked about the reason Ofgem had not yet taken further measures to take pressure off customers’ shoulders, including slashing standing charges, Mr Brearley replied: “Let me just give an example of the trade-off you face. If we take money off the standing charge, which we may well do, we are considering that that goes on to what’s called volumetric charge, which means the more you use, you will pay even more.

“There are no easy answers in the market right now.”

A Don’t Pay spokesperson told ELN: “Ofgem’s abject failure to regulate the energy market over the past decade and protect consumers is one reason we’re in the state we are.

“Ofgem has shown itself to be less of an independent regulator and more of an enabler of the exploitation of millions across the country by the energy companies.

“We’re facing a catastrophe this winter. Millions won’t be able to pay to keep their homes warm and that will result in thousands of people freezing to death.

“The only way we will avert this is if millions of us refuse to pay these extortionate prices and collectively force Ofgem and the government to act in the interests of the people and not the energy industry.”