The Don’t Pay movement has called for ‘local protests’ 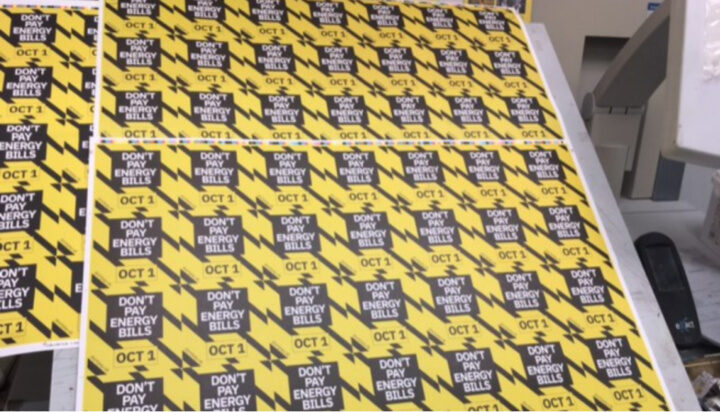 The day when Ofgem is expected to announce the next price cap could see thousands of people protesting against the rising energy bills.

Organisers of the ‘Don’t Pay’ campaign have called for a “national day of action” on Friday 26th August.

The ‘energy bill strike’ movement, which has gathered traction in recent weeks, urges people to “start organising local protests and events where you are”.

As of early in the morning today, the Don’t Pay campaign has collected 107,632 pledges to cancel the direct debits on 1st October if the government will not step in and take action to reduce bills.

The number of people committing to the campaign has been doubling every week since the launch.

The latest predictions suggest that annual energy bills could reach £4,266 in January.

However, the industry has warned that cancelling direct debit payments could have dire long-term consequences for customers, including a non-payment fee and other additional fees.