Calls for World Bank President to quit after climate denial 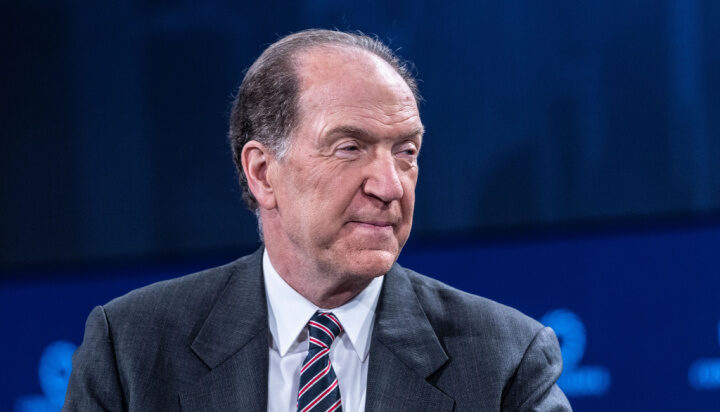 World Bank President David Malpass is being told to step down from his position by climate campaigners, following his refusal to state his belief in climate change.

Earlier this week, Mr Malpass was questioned during a New York climate event on his opinions of human-induced climate change.

He simply responded that he is “not a scientist” and therefore would not like to provide an answer.

This has angered climate campaigners who have also called out the bank for its omission of a date to phase out fossil fuel financing in its climate plan – when many other financial institutions agreed to do so by the end of this year.

The World Bank is deemed a critical contributor to helping developing countries; providing loans and grants to grow these nations and cut their carbon footprint.

The US usually selects its President, as the majority shareholder, with the current President selected by Donald Trump when he was in office.

The US Treasury responded to the uproar stating the World Bank should be “a global leader of climate ambition” and it will ensure it makes this “clear” to leadership.

Malpass’ term ends in April 2024, however, the bank emphasised its belief in its President, stating: “Under the leadership of David Malpass, the World Bank Group doubled its climate finance.”

Al Gore, its former Vice President, called on Malpass to resign, commenting: “Since almost 90% of the increased emissions going forward are coming from developing countries, we have to take the top layers of risk off the access to capital in these developing countries.”

He called this the “job of the World Bank” – “and they’re simply not doing it.”