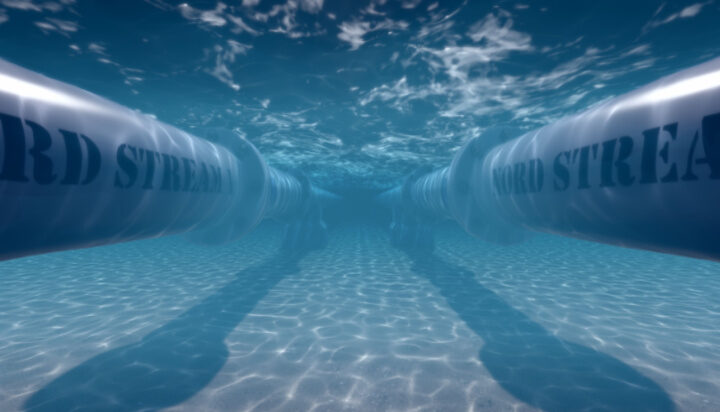 The Swedish Maritime Administration (SMA) has today said there are two gas leaks on the Russian-owned Nord Stream 1 gas pipeline in Swedish and Danish waters.

The warning follows an announcement by the Danish Energy Agency which said it found a leak occurred southeast of the Danish island Dueodde.

It has been reported that Danish F-16 aircraft have been sent to photograph the area impacted by the leak.

After the assessment, Denmark was prompted to limit shipping in a five-nautical-mile radius of the reported position.

The SMA said the two leaks were “very near each other”.

A SMA spokesperson told ELN: “Due to leaks on the gas pipelines Nordstream 1 and Nordstream 2 in international waters in Danish and Swedish exclusive economic zones just outside Bornholm, the Maritime Administration has sent out navigational warnings on Navtext and VHF that ships should stay away from the area. There are also warnings issued for aircraft with a safety altitude of 1,000 metres.

“The SMA has no information on the cause of the leaks. Our task in this situation is as follows:

“We are warning vessels in the vicinity and asking them to keep a safe distance of five nautical miles (about nine kilometres) from the sites. It is a well-measured safety zone.

“Our job is to keep shipping safe. We do this by warning ships that come too close to the locations of the leaks.”

In a statement, the owner and the operator of Nord Stream said: “The dispatchers of the Nord Stream 1 control centre registered a pressure drop on both strings of the gas pipeline.

“The reasons are being investigated.”

Commenting on the gas leaks, Klaus Müller, President of Germany’s Federal Network Agency, tweeted: “The only positive aspect is that Germany and Europe are no longer dependent on the Nord Stream 1 pipeline.

“But such a repeated pressure drop on Nord Stream 1 and Nord Stream 2 the agency’s assessment of a “tense” situation.”