“Why, Liz, is fracking safe to continue?” 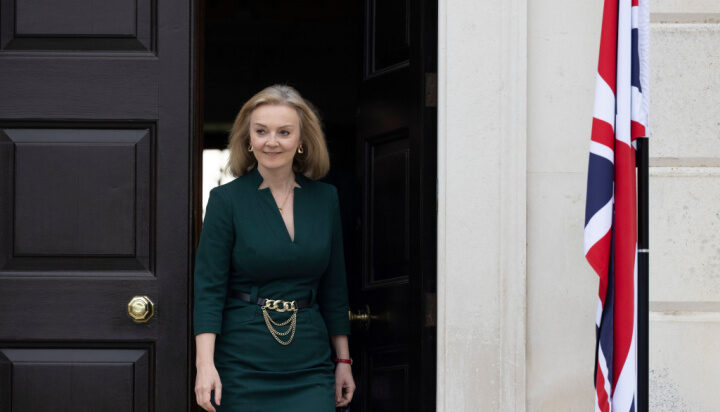 The Prime Minister has today reiterated the government’s support for lifting the ban on fracking in England to boost the UK’s energy security and help lower energy bills.

In an interview with Graham Liver on BBC Radio Lancashire, Liz Truss said: “What I want to be clear about is that we will only press ahead with fracking in areas where there is local community support for that.

“Fracking is carried out perfectly safely in various parts of the world. It’s very important for me as Prime Minister that any fracking has local community consent. But I think we have to be clear about why we are doing this.

“One thing that has happened is that the UK has become dependent on global energy prices and we have seen through Vladimir Putin‘s appalling war in Ukraine, how energy prices have shot up and Russia has used the fact that it produces gas as a way of exerting pressure on other countries and we simply don’t wanna be in that position.”

Ms Truss explained that she wanted to see more homegrown energy in the UK – that means using resources in the North Sea, it means more renewables, it means more nuclear and it also means fracking in areas where there is local support.

Ms Truss interview follows comments from several MPs, including Scott Benton, Conservative MP, who said he believed that people in Blackpool South did not support fracking.

A few days ago, a Scottish Government minister said that Scotland’s policy against fracking would not change despite a ban being lifted in England.

Campaigners had also said that the government’s fracking plan would not have much impact on reducing household energy bills.

Responding to the Prime Minister’s interview, Friends of the Earth Energy Campaigner Danny Gross said: “The council and people of Lancashire have been loud and clear that they don’t want fracking, with a 2017 poll showing two-thirds of Lancastrians opposing it.

“Yet the prime minister was unable to rule out fracking in the county or explain what she means by ‘local consent.’

“Fracking causes earthquakes, creates more planet-warming emissions and will do practically nothing to bring down energy bills. That’s why it’s deeply unpopular with local communities – and why the industry wants to change the planning rules and bypass local democracy.

“Ministers should pull the plug on fracking and prioritise the real solutions to the energy and climate crises: homegrown renewable energy and a comprehensive nationwide home insulation programme.”