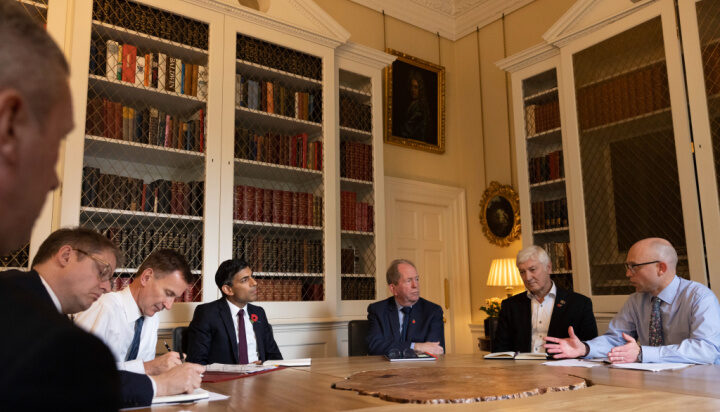 The government has unveiled its plan to “build a stronger economy, protect the public services and ensure we look after the most vulnerable people.”

It is hoped that the government’s new economic plan will deliver long-term economic stability in the country.

The Association for Decentralised Energy (ADE) has said the £6 billion of new energy efficiency funding marks a vital step forward in reducing energy demand in the long-term.

Lily Frencham, Chief Executive of the ADE, said: “It’s fantastic to see the government’s recognition of the crucial role of energy efficiency as essential in reaching our long-term climate targets and energy needs.

“Today’s announcements offer a real boost to the energy efficiency sector, a boost that is essential to safeguarding the UK’s energy security and delivering net zero by 2050.

“Although the new funding will not come into play immediately, this is a significant and positive step – now we need buy-in from all corners of society, the energy sector and Government to work together in making this important goal a reality.”

Polly Billington, Chief Executive of UK100, the UK network of climate-ambitious local authorities committed to net zero and clean air, said: “The Chancellor’s recognition of the importance of energy efficiency is welcome.

“However, it would be better if he were to listen to the experts in local government about how to spend money more wisely, especially since it appears his announcement of £6 billion investment in energy efficiency is not new money.”

Energy efficiency proposals, far too little and far too late

Commenting on today’s Autumn Statement, Friends of the Earth’s Head of Policy Mike Childs said: “A nationwide energy efficiency drive is essential, but the Chancellor’s proposals are far too little and far too late.

“Kicking the can down the road on home insulation for another two years, means millions of people will continue to suffer cold homes and sky-high energy bills.”

In response to the new levy for electric vehicles, RAC head of policy Nicholas Lyes said: “After many years of paying no car tax at all, it’s probably fair the government gets owners of electric vehicles to start contributing to the upkeep of major roads from 2025.

“While vehicle excise duty rates are unlikely to be a defining reason for vehicle choice, we believe a first year zero-VED rate benefit should have been retained as a partial incentive.

“But we don’t expect this tax change to have much of an effect on dampening the demand for electric vehicles given the many other cost benefits of running one. The fact that company car tax increases on EVs will be kept low should also keep giving fleets the confidence to go electric which is vital for increasing the overall number of EVs on our roads.”

Simon Francis, Co-ordinator of the End Fuel Poverty Coalition, said: “The Chancellor has now condemned seven million households to suffer in fuel poverty this winter. The rise in the energy price cap from April next year could see this figure increase to 8.6 million households.

“We are already seeing the horrific impact of living in cold damp homes on children, the elderly, disabled and those with illnesses ranging from cancer to asthma.

“Even with the additional funding pledged to the NHS and social care system today, we are deeply concerned that it will be overwhelmed by the energy bills crisis and millions will suffer.”