Two protestors who glued themselves to a Van Gogh painting in a London museum caused about £2,000 of damage to its frame 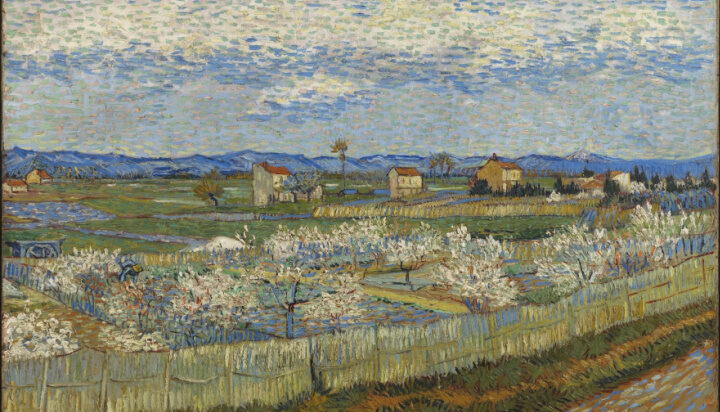 Two Just Stop Oil protestors who glued themselves to a Van Gogh work have been convicted of criminal damages.

The frame of “Peach Trees in Blossom” at the Courtauld Gallery in London has suffered damage worth around £2,000.

The trial was held yesterday at Westminster Magistrates’ Court – District Judge Neeta Minhas said: “An 18th century frame which is hundreds of years old has been permanently damaged. It is not in a state where it can return to its original state.

“In the context of the type of item this is, with its significant historical and art value, I consider the damage to be substantial, it is not insignificant, not minor, not temporary and not trivial.”

In a statement, Just Stop Oil stressed that the government’s decision to go ahead with new fossil fuel projects “will effectively destroy all of our future and the future of the young people who took this action”.

Campaigners added: “Climate collapse will destroy our crops and lead to widespread famine and societal collapse. This is the future we choose for ourselves if we push for new oil and gas. These young people understand what many have still to realise: we cannot rely on our criminal government or on our cherished institutions to save us.

“Just Stop Oil supporters will continue to resist while we still can. We refuse to die silently.”