Almost a fifth of SSE and ScottishPower customers said they hadn’t got their October or November voucher, according to a survey 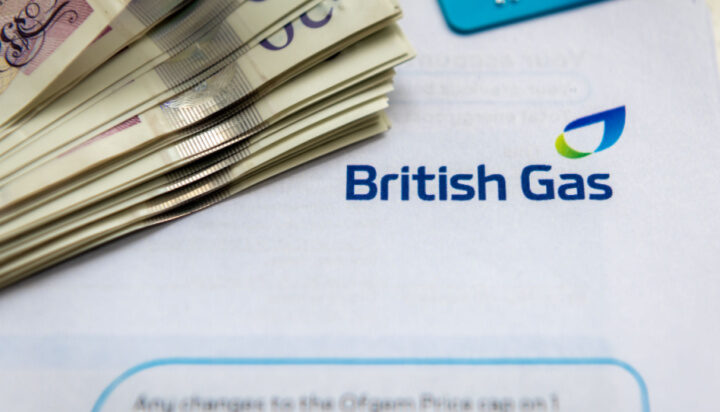 Nearly 31% of British Gas customers said they still hadn’t got their October or November energy voucher.

That’s according to a new survey by MoneySavingExpert which found that more than one-in-five energy customers on traditional prepayment meters say they’re yet to receive either of their £66 government energy help vouchers for October and November, the first two months of the scheme.

The polling of more than 5,500 people shows that SSE (its retail arm was acquired by OVO a few years ago) and ScottishPower also scored poorly, with a fifth of their customers, nearly 23% and 20% respectively, saying they hadn’t got either voucher.

A few days ago, the Business Secretary wrote to energy suppliers regarding concerning reports from customers who had yet to receive their vouchers.

Martin Lewis, Founder of MoneySavingExpert, said: “Things need fixing and that must happen with a sense of urgency. The government effectively subcontracted energy firms to provide an energy welfare payment and these firms are failing in their duty to do it.

“Worse still, it’s those on old school prepay meters – which are often installed in the homes of some of the most vulnerable – whose shoulders this falls on.”

A British Gas spokesperson told ELN: “Our teams are working hard to deliver this government scheme to millions of customers. All October and November vouchers have been issued.

“If for any reason a customer hasn’t received it, our advice is to get in touch with us and we’ll resolve it as quickly as possible.

“To ensure our customers can contact us for support and advice, we have recruited an additional 700 people over the summer – and we are proud of how our teams are supporting around a million energy customers each month with their bills.

“Ofgem’s recent market compliance review on how suppliers are supporting those in payment difficulty also showed British Gas was leading the sector, being the only supplier with no significant issues found.

“We don’t always get everything right, but we are constantly looking at how we can do more to deliver for our customers.”

An OVO spokesperson told ELN: “We encourage anyone who has not received their voucher to get in touch with us so we can help. We can also advise on support available via our £50 million customer support package, which includes payment holiday for debt recovery so that money goes directly to their immediate needs, not paying back debt this winter.”