Wind farm slammed by tourist board

An offshore wind farm project near Bournemouth has been slammed by Bournemouth Tourist Management Board (BTMB) because it could lead to thousands of job losses in the area. If built, […] 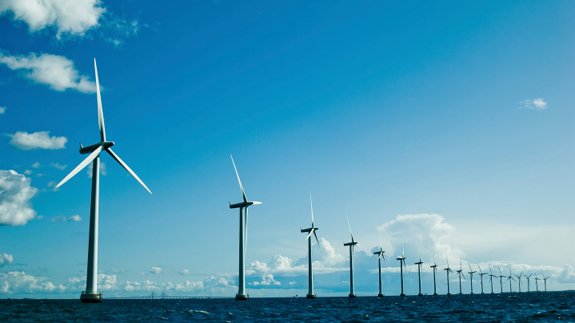 An offshore wind farm project near Bournemouth has been slammed by Bournemouth Tourist Management Board (BTMB) because it could lead to thousands of job losses in the area.

If built, the Navitus Bay Wind farm will generate enough renewable energy to power around 700,000 homes and could create a minimum of 1,700 jobs during the construction phase.

But BTMB said the five-year construction would see around 2,500 job losses in the area and have an impact on the tourism industry.

It condemned EDF Energy’s plan to build what the board claims is one of the world’s largest offshore wind farms in Poole Bay because it is an “exploitation” of the area and is ”irresponsible,” they said.

The Chairman of the board, Des Simmons said: “It is totally unacceptable that Navitus Bay’s consortium led by EDF Energy is refusing to acknowledge or meet its environmental and economic obligations.

“It wants to turn England’s beautiful, unspoilt Poole Bay into an industrial landscape and destroy Bournemouth’s vital tourism business to boot. The only reason for building the vast wind farm so close to shore is for EDF Energy and its Dutch partner Eneco to save money and profiteer.”

The development is a joint 50-50 venture between renewable energy company, Eneco Wind UK Ltd and EDF Energy. If gets approval it will be located roughly 22 kilometres from Bournemouth at its nearest point.

Mike Unsworth, Project Director for the Navitus Bay Project added: “Our shareholders, both EDF Energy and Eneco, have a long-track record of working with local communities on major energy projects and understand the concerns flagged in Bournemouth. That’s precisely why the project team has undertaken an unprecedented four rounds of public consultation and provided extensive and independent insight into both the potential impacts and benefits the wind park could bring.

“We have already offered the nine local councils a £15million fund that they can run to mitigate any minor tourism impacts that may occur. What’s more, we will continue to engage with the local business community based in Bournemouth, to ensure the local supply chain opportunities the wind park can offer are maximised.”