The Government’s claim that UK taxpayers will save millions of pounds following its decision against subsidising new gas storage facilities is “disingenuous”. That’s the damning verdict from the head of […] 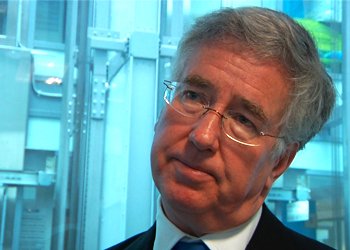 The Government’s claim that UK taxpayers will save millions of pounds following its decision against subsidising new gas storage facilities is “disingenuous”.

That’s the damning verdict from the head of the Energy and Utilities Alliance (EUA) after Energy Minister Michael Fallon (pictured) declared bill payers would save up to £750 million over a 10-year period as a result of the Government’s decision.

However, former MP and chief executive of the EUA Mike Foster claims the lack of investment in gas storage “will cost the UK taxpayer more not less”.

He told ELN it is a “major failing in analysis” as DECC ignored the overall benefits to consumers mentioned in the report by Redpoint – commissioned by the Government – and only looked at the “most extreme costs”.

Mr Foster said: “We can only surmise that the assumptions used by DECC were chosen in order to produce this result. We believe DECC are taking a gamble that future winters won’t be as cold or as prolonged as the one experienced last year. If they are wrong, this announcement means that despite the savings claimed the consumers will once again foot the bill, through higher prices, as a direct result of this ministerial action.”

Britain’s current dependence on foreign gas means gas storage is imperative, he suggested: “Gas security of supply becomes more pressing as our North Sea reserves diminish and we become more reliant upon piped gas from Europe, supplied by Russia or LNG from the Middle East. Neither option is without risk. Sadly, this decision means that large scale private investment in the UK will now not go ahead.”

He went on to voice fears that jobs that would have been created “will now be lost”.

DECC was bullish in its defence of the decision, saying subsidising large seasonal storage facilities “does not represent value for money”.

A spokesperson said in response: “We made clear when making this announcement that the total costs to the economy could be far more than £750 million… To use an analogy, increasing the amount held in storage is like increasing the size of your petrol tank but it does not mean that you will have more petrol to put in/take out.”

DECC added two new storage facilities have recently been built and another two will be completed next year.

Market analysts also backed the Government, saying it had made the right decision cost-wise.

David Hunter at Schneider Electric Professional Services (SEPS) told ELN: “It is more cost effective to pay for short term spikes in spot prices in order to encourage LNG or continental imports at times of elevated demand than to pay all the time for more storage. It’s similar to the power market where the cheapest power station is the one you don’t have to build and you can save investing in gas storage capacity by having flexibility in the system – for example by incentivising removal of industrial demand when the domestic heating requirement peaks.”

Mr Hunter did sound a note of caution for the future though: “As we close our coal-fired power stations by the middle of the decade and before many of the planned renewable and nuclear projects come on stream, the reliance on gas-fired power stations will increase markedly”.