The European Commission has backed away from EU-wide legislation on fracking and has instead issued “minimum principles” for member states. It had been considering binding rules covering environmental damage and […] 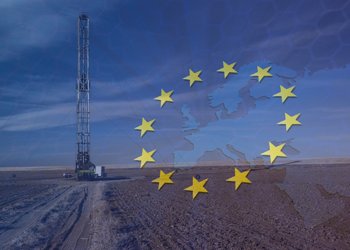 The European Commission has backed away from EU-wide legislation on fracking and has instead issued “minimum principles” for member states.

It had been considering binding rules covering environmental damage and safety for fracking however pro-shale gas nations such as the UK and Poland warned that adding more red tape would prevent the EU from taking advantage of shale gas.

While the French Government has banned fracking, the US has seen a huge reduction in energy prices following its shale gas boom.

According to the draft proposal, the new guidelines aim to help co-ordinate national policies of the member states that choose to extract shale gas but others will be free to ban exploration.

The recommendations include careful assessments of the environmental impact and risks of shale gas projects, informing the public about which chemicals are used, ensuring industry best practices are followed and the close monitoring of water, soil and air quality.

Although they are non-binding, the Commission has urged member states to implement them within six months.

Environment Commissioner Janez Potočnik said: “Shale gas is raising hopes in some parts of Europe but is also a source of public concern. The Commission is responding to calls for action with minimum principles that Member States are invited to follow in order to address environmental and health concerns and give operators and investors the predictability they need.”

The Commission added it would require the member states to report about what shale gas measures they put in place every year and prepare a scoreboard on the situation in each country.

Last week Prime Minister David Cameron announced local councils will be able to keep all of the cash they collect from fracking companies.