The trade body representing the energy industry is calling on the Government to continue to push against an EU 2030 national renewable energy target that will be legally binding. In […] 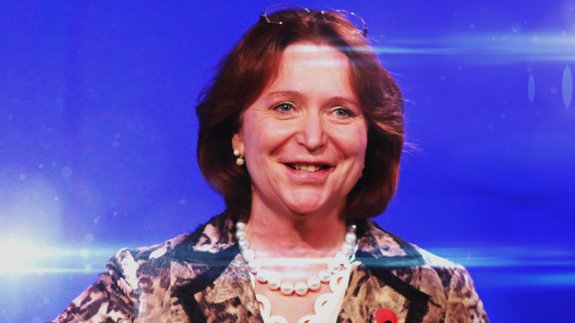 The trade body representing the energy industry is calling on the Government to continue to push against an EU 2030 national renewable energy target that will be legally binding.

In a letter to Prime Minister David Cameron, Energy UK said its members believe it is “inappropriate” to set binding national targets for renewables or energy efficiency. It said it considered the binding greenhouse gas reduction target of 40% should take priority but insisted any renewables or efficiency targets should be EU-wide.

Earlier this year Members of the European Parliament (MEPs) voted in favour of setting renewable energy targets for EU countries to reach by 2030.

The call comes ahead of the European Summit later this month and Energy UK is calling on the Government to keep all EU leaders “focused on energy affordability”.

Chief Executive Angela Knight (pictured) said: “With both households and businesses having the affordability of energy at the top of their agenda, it is vital that the UK Government makes sure that the EU focuses on this aspect properly. Continuing to take a sensible and pragmatic approach to EU targets for the future is the best way to bring this about.

“The EU’s landmark proposals on climate and energy issues ‘2030 Framework’ sets out an all-encompassing ten-year vision for how the EU will deal with the energy and climate challenges we face. There is welcome agreement on the 40% reduction target for greenhouse gas reductions. The industry believes not setting binding renewables or energy efficiency targets is the right approach.”

The letter also suggested that Europe should move towards a “technology-neutral approach which provides a level playing field for all low carbon technologies”.