Power supplier EDF Energy has signed two labour relations agreements with trade unions and a major contractor for the proposed new nuclear project at Hinkley Point C. They include a […] 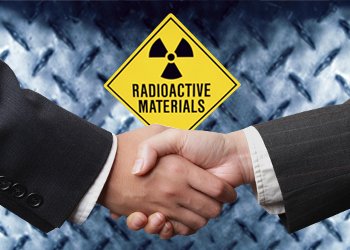 They include a ‘Common Framework Agreement’ covering industrial relations, recruitment, training, apprenticeships, health and welfare and a ‘Civils Sector Agreement’ relating to pay and pensions.

EDF Energy said the the agreements – between the company and GMB, UCATT, Unite and Prospect Unions and the main civil engineering contractor Bouygues Laing O’Rorke – is an “important step” before starting the nuclear project.

The news follows David Cameron’s decision to give EDF the go ahead for the new nuclear power plant and plans to tap into the £1 trillion global nuclear market earlier this year despite opposition from a few groups.

Nigel Cann, Hinkley Point C Construction Director said: “These are important agreements for the project and having them in place now is a significant achievement… The agreements will help set high standards for health, safety, skills and delivery.”

Kevin Coyne, Unite National Officer for Energy and Utilities added: “We’re pleased that progress towards a greener future is also characterised by good pay and conditions for thousands of highly skilled workers… This agreement sends a clear message to the rest of the construction industry that good productive relationships can deliver positive results.

“The unions and employers have made real progress in laying the right foundations for this important project. It is now time for the government to stop delaying and give EDF the certainty it needs so the company can get on with the job of meeting the UK’s energy needs.”

EDF Energy claims the nuclear project could create around 25,000 jobs during construction.