Community energy could balloon to 90 times its current size

Community energy could balloon to nearly 90 times its current capacity if the right local and national policies are put in place. That’s the conclusion of a new report released […] 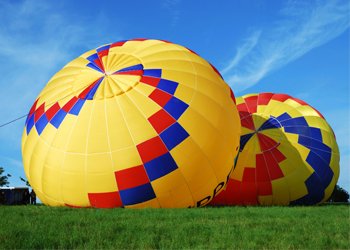 Community energy could balloon to nearly 90 times its current capacity if the right local and national policies are put in place.

That’s the conclusion of a new report released by think tank ResPublica examining how to expand community energy in the UK. Community owned projects account for 46% of renewable energy in Germany compared to a paltry 0.3% in Britain.

However, it has grown significantly over the last 10 years, with a 1300% capacity increase to almost 60MW in the UK. On current trends that figure could hit 550MW by 2020 but the report claims the sector is capable of delivering 5.27GW by the end of the decade – or 20% of all renewable capacity.

The report found a virtuous circle of investment with two-thirds of communities re-investing or intending to reinvest revenue from renewables back into other green projects.

The think tank recommends DECC extends the feed in tariff to include joint ownership schemes and calls for the creation of a match-making service to hook up communities with developers. It also encourages local authorities to set up community development plans and become involved as financial intermediaries as well as fast track community energy projects through the planning process.

Energy Minister Greg Barker said: “I warmly welcome the ideas in this report on helping communities navigate the planning system and on forming productive partnerships so that they are better able to take an active role in their own local projects. Our aim is to help communities and local businesses seize this exciting opportunity.”

“We have an opportunity to redefine the relationship between communities and developers to unlock a significant growth in community energy, particularly in onshore wind.”