Blog: Mervyn Bowden – Energy intensity and the challenges it poses

I’m a great fan of author Dan Brown who’s written some amazing stories with quite innovative sub-plots, not least his latest offering – Inferno. What’s this remotely got to do […] 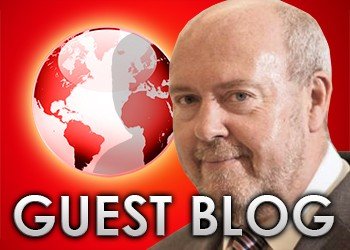 I’m a great fan of author Dan Brown who’s written some amazing stories with quite innovative sub-plots, not least his latest offering – Inferno. What’s this remotely got to do with energy I hear you ask?

Without wishing to spoil the plot for those planning to read the book, it contains a premise which is extremely important to climate change and the planet, even though they’re not the focus of the story.

Confused? Those of you who’ve read it already will know where I’m going…

Everyone in the sustainability world gets horribly hung up with energy and carbon performance statistics and they very often forget the root cause problems related to rises in energy intensity. Largely these are due to, on a global scale, an increase in population, i.e. number of people.

If there are significant increases in population not only will this have a proportionate impact on energy needs and resulting carbon emissions but also, dependent on where the increases are most evident and the types of prevalent energy used, there can be a very disproportionate impact on global use and emissions. World population has amazing parallels with future environmental problems which not only support the notion of climate change but also devastating implications for natural resource depletion, including energy and water.

As the world population is increasing at an exponential rate, it is not unreasonable to suppose that all those extra people will have their own needs for energy – to heat and cool their homes, cook their meals, have a level of lighting… If those additional people happen to be in areas of the world which rely predominantly on oil and coal for electricity generation, the effects on carbon emissions are likely to be dramatic.

Similarly, movement of populations will have a serious impact also depending on where people are coming from and going to. A very simple example is the increase in population in the UK over recent years – more cars, more fuel use, more houses and more infrastructure needed to service their daily requirements and of course each person uses products and services which have a carbon footprint. If those people are coming from a high-carbon electricity generation area of the world perhaps there will be a net positive impact. If it were a lower-carbon area obviously the reverse would apply.

There are also lessons here for those organisations which rely on relative metrics to measure their progress on energy/carbon/water savings. Generally these are organisations where there is, or likely to be, growth in their business, either in increased production, more buildings and staff or simply greater turnover and activity. In these cases business growth would make absolute targets extremely difficult to achieve and the softer option is clearly to go for targets which move with the business.

One of the interesting observations about energy and carbon intensity is that problems can often be exported across geo-political boundaries. For example, a company in the UK with a very high carbon footprint, which is increasingly heavily taxed on it, could relocate its operations to another area of the world where taxation is lower but the carbon emissions even higher. Who exactly benefits from this in global terms? This has happened extensively over recent years where international companies are involved – and not just to avoid carbon taxation!

Where am I going with this argument? There has to be standard reporting methods which recognise all the factors mentioned above and allow direct comparison of carbon footprints across the whole range of variants. At a global level, companies and indeed countries, can hide behind relative metrics whilst the overall impact of what they do is detrimental to global interests in absolute terms. It also manages to minimise tax impact deliberately and has socio-economic impacts way beyond the obvious.

Next time you read an organisation’s annual sustainability report take some time to interpret what they’re really saying – how many of the numbers, very expensively produced, actually truly describe that organisation’s activities and its impact. Be even more suspicious if there aren’t any numbers and the reports aren’t externally verified!

And just have a thought about where the line should be drawn on individuals’ personal aspirations – is it reasonable for everyone to be driving a car, travel the world by plane, solely based on cost and ability to pay? Not too sustainable is it? But who should decide who gets what on an increasingly crowded planet before finite energy resources are finally exhausted? Cue the politicians…

Mervyn Bowden is the Managing Director of Intuitive Energy Solutions and will be speaking at Energy Live 2013.