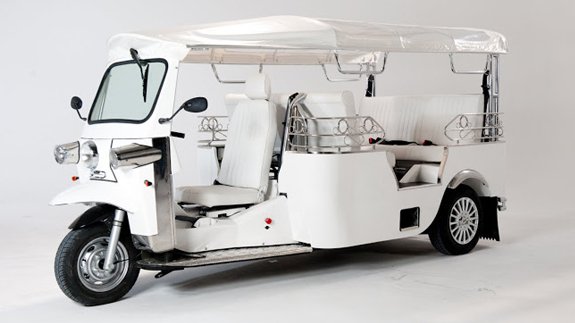 The poor tuk-tuk cyclists serving tourists in the West End may well be green with envy – as a Dutch manufacturer is to sell electric motor versions in the United States.

Originally found on the streets of Thailand, tuk-tuks have had an electric, zero emission makeover.

Dutch business TukTukFactory which manufactures them in Thailand said it is to sell their road legal, electric “eTuks” in the States after signing a contract with e-Tuk USA.

Michael Fox of e-Tuk USA said: “We are extremely excited about the opportunity to introduce these quality electric, zero-emission vehicles to the US market.”

Mr Fox who was also enthused by a limo version which fits six passengers said his firm is in the process of getting the vehicles certified to be driven on US streets.