Insulation is “collapsing” in the UK

Dire warnings were flagged up today with new analysis suggesting the number of British homes getting insulation has plummeted under the Coalition. From 1.65 million major measures like cavity, loft […] 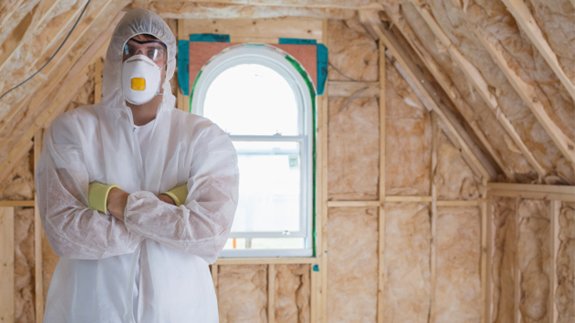 Dire warnings were flagged up today with new analysis suggesting the number of British homes getting insulation has plummeted under the Coalition.

The drop is even starker when compared with a high of more than 2.5 million fittings of boilers or energy efficiency measures in 2008 to 2009.

It’s feared this collapse could continue over the next financial year with only 507,000 measures likely to be installed.

The alarming “mess” was brought to light by the Association for Conservation of Energy and campaign group Energy Bill Revolution.

Energy Minister Greg Barker’s flagship loan policy the Green Deal only had 132 homes signed up and one with an installation by August last year. Despite this the Government has not sounded the scheme’s death knell.

He told ELN: “Insulation should be a fundamental strand of the UK’s infrastructure programme.”

Instead people are losing their jobs after the only Treasury-funded programme the Warm Front was axed, the ECO which replaced a previous scheme doesn’t roll out as many fittings and the Green Deal falters, he said.

Labour seized the opportunity to again brand it a “dud deal” and Shadow Energy Secretary Caroline Flint said: “These figures show that not only has [Prime Minister] David Cameron failed to stop the energy companies from overcharging, the number of households getting help to insulate their homes has also collapsed.”

The Department for Energy and Climate Change defended its performance, with a spokesperson citing figures that 694,000 homes “are now warmer and cheaper to run thanks to… the Green Deal and ECO”.

They pointed to a new Green Deal Home Improvement Fund which gives money back for energy efficient home improvements: “[It] has already seen £16.5 million issued in the first three weeks.”