Volker Beckers: Nuclear must compete with other low carbon tech

The economic case for building nuclear power plants must be proven as consumers would want to see the “biggest bang for their buck”. That’s according to former boss of npower […] 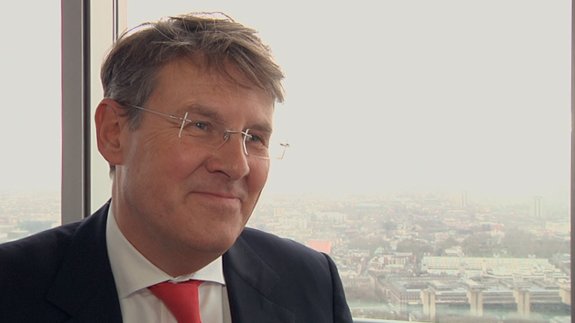 The economic case for building nuclear power plants must be proven as consumers would want to see the “biggest bang for their buck”.

That’s according to former boss of npower Volker Beckers, who believes the UK and France will be leading on nuclear “inevitably” in Europe as there is political will to make it happen.

However, he said while nuclear energy has an “important role” to play, there needs to be proof it can be built in an economic way “so taxpayers’ money is used wisely and invested in technologies that contribute to a low carbon generation mix”.

But he believes it’s not the technology that’s most important.

Mr Beckers said: “What is important is we have competing technologies.

“If nuclear is cheaper than other renewable energy sources, then my view is it will have a very important role to play but if the first of its kind project doesn’t prove an economic case, then it will be harder for it to be a leading generation. We see across the piece renewable energy becoming cheaper and cheaper year on year and therefore some sort of competition between technologies already and that will ultimately determine what role a certain technology will play in a wider generation mix.”

The ex-Big Six boss was one of four new non-executive directors to be appointed to the UK’s Nuclear Decommissioning Authority (NDA) Board yesterday.

He said he will bring his experience of managing large and complex projects as well as his knowledge of the nation’s infrastructure into the new role.

Mr Beckers added it was the “complexity, the uniqueness of the projects and certainly the size of the remit” which attracted him to the new role.

The UK is planning on building two nuclear reactors at Hinkley Point but the project has suffered delays.  Last year Austria said it would challenge the decision of letting the UK Government spend money on the new nuclear power plant in court.