Renewables ‘could be cheaper than fossil fuels in 10 years’

Most energy experts believe renewable energy will dominate in the future, suggesting it could be cheaper than fossil fuels in a decade. That’s the findings of a new UN-backed report, […] 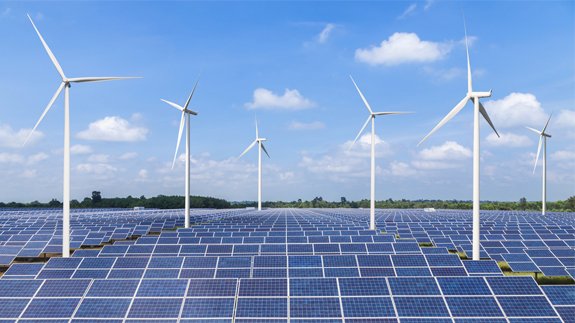 Most energy experts believe renewable energy will dominate in the future, suggesting it could be cheaper than fossil fuels in a decade.

That’s the findings of a new UN-backed report, which states more than 70% of 114 experts questioned also believe a global transition to 100% renewable energy is both feasible and realistic, with European and Australian experts strongly supporting this view.

They add large international corporations are increasingly choosing renewable energy technologies either from utilities or through direct investment in their own generating capacity.

Christine Lins, Executive Secretary of Renewable Energy Policy Network for the 21st Century (REN21) said: “[The report] is meant to spur discussion and debate about both the opportunities and challenges of achieving a 100% renewable energy future by mid-century.

“Wishful thinking won’t get us there; only by fully understanding the challenges and engaging in informed debate about how to overcome them can governments adopt the right policies and financial incentives to accelerate the pace of deployment.”

The report suggests in some regions, most notably Africa, the US and Japan, experts were sceptical about reaching the 100% transition figure by 2050 in their own countries, “largely due to the vested interested of the conventional energy industry”.

It adds the lack of long term policy certainty and the absence of a stable climate for investment in energy efficiency and renewables hinder development in most countries.

Last year was the third year in a row where global economy continued to grow by 3% but emissions related to the energy sector decreased. It was mainly said to be the result of renewable energy and efficiency investment in China and the US.