The industry has reacted to Prime Minister Theresa May’s plans for a general election on 8th June. She believes an election is the only way to guarantee certainty and stability […] 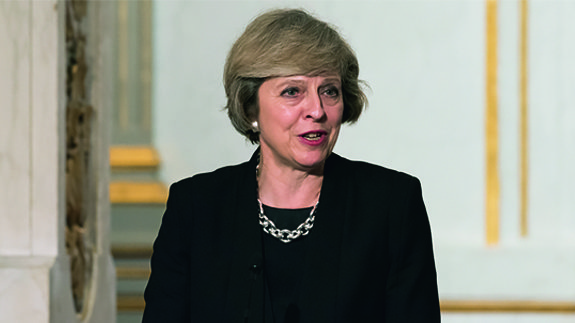 The industry has reacted to Prime Minister Theresa May’s plans for a general election on 8th June.

She believes an election is the only way to guarantee certainty and stability in the wake of Brexit.

Downing Street had always denied there would be a vote before the next scheduled election in 2020, however Ms May said she “recently and reluctantly” came to the conclusion the vote was necessary.

There will be a vote in the House of Commons tomorrow to approve the election plan. A two-thirds majority will be required.

In a statement made outside Number 10, she said: “Since I became Prime Minister I have said that there should be no election until 2020 but now I have concluded that the only way to guarantee certainty and stability for the years ahead is to hold this election and seek your support for the decisions I must take.

“Let us tomorrow vote for an election, let us put forward our plans for Brexit and our alternative programmes for government and then let the people decide.”

Terry Scuoler, CEO of the manufacturers’ organisation EEF welcomed the announcement to seek a “fresh and stable mandate”.

He said the decision to call an election “will provide greater clarity about future direction of travel for policy”.

CBI Director General Carolyn Fairbairn is urging all political parties to “commit to working to ensure businesses can continue to trade easily with our EU neighbours, while seeking new opportunities around the world”.

RenewableUK is calling on political parties to support a “vibrant renewable energy sector” if they want to be successful in government.

Executive Director Emma Pinchbeck said: “This is a sector which offers regional economic growth and an affordable, sustainable, domestic energy supply. And we know that renewable energy is massively popular with voters- three quarters of the public support renewables.

“There is a massive opportunity for an incoming government to reap the benefits of the renewable energy transition. Our response to the government’s Industrial Strategy, which we submitted yesterday, highlights how our country can benefit from this transition in a global market now worth hundreds of billions of dollars every year… Renewable energy is a sector in which Britain can lead, and that should be recognised in the general election campaign.”

The Centre for Policy Studies says parties must include “radical policies” in their manifestos, aimed at supporting “ordinary working families” that can boost the UK’s competitiveness post-Brexit.