The UK needs to transform its energy system to become the “cleanest and greenest” possible. That’s according to co-leader of the Green Party, Caroline Lucas, who spoke on the ITV […] 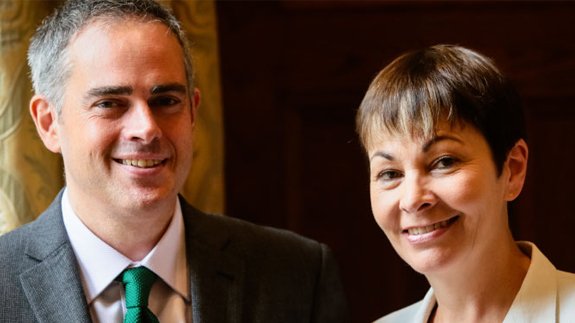 The UK needs to transform its energy system to become the “cleanest and greenest” possible.

That’s according to co-leader of the Green Party, Caroline Lucas, who spoke on the ITV Leader’s Debate last night to outline her plans if voted into power.

She shares her position with Jonathan Bartley, who did not speak at the debate.

She said: “When it comes to what kind of economy we want, then it has to be a green economy, otherwise frankly there won’t be an economy at all.

“We can’t simply go on growing and growing, with more and more production and consumption, in a way that creates more pollution and costs more money to clean up.”

Ms Lucas used the current government’s sale of the Green Investment Bank to Macquarie as an example of moving in the wrong direction, saying the company has “a horrendous track record” of being involved with activities such as fracking.

She added: “We need things like a GIB to be investing in the new green technologies of the future.

“They are hugely labour intensive, they get people back to work, we want to see a green new deal, that means investing and insulating in every single home in Britain.

“It will get hundreds of thousands of people back to work, it will get our fuel bills down and it will tackle our climate targets as well.”

She concluded by voicing her concern about how current leaders are “trashing the environment” and leaving the climate in a poor state for young people to take over.

He added: “If we don’t tackle it by making it a national endeavour, for example, to make ourselves energy self-sufficient in green energy, then we’ll be letting our children down.”