Oil and gas mergers and acquisitions to increase

Mergers and acquisitions (M&A) in the global oil and gas industry are set to increase as oil price expectations stabilise. A new report reveals a sharp pick-up in deals announced […] 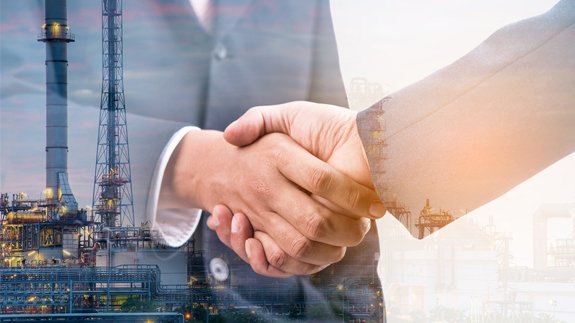 Mergers and acquisitions (M&A) in the global oil and gas industry are set to increase as oil price expectations stabilise.

A new report reveals a sharp pick-up in deals announced at the end of last year, however 45% of the $850 billion (£644bn) worth of transactions declared since January 2016 are still said to be pending.

It found more than two-thirds of the executives surveyed expect M&A to “rise moderately or even aggressively” in the year ahead.

The A.T. Kearney’s study indicates financial investors will be “more active” this year and are “open to new deal structures”.

However, it suggests companies to retain a “strong focus” on cost control and prepare for an “uncertain future” with a shift of strategies to reflect accelerating energy transition and the impact of new disruptive technologies.

Brent Ross, Principal, A.T. Kearney and co-author of the study said: “The oil and gas industry has a tremendous opportunity to benefit from stabilising oil prices that can fuel deal activity in order to improve balance sheets and raise cash for capital projects through divestitures.

“In addition, many buyers need acquisitions to replenish reserves that dwindled during the challenging environment of the past two years.”