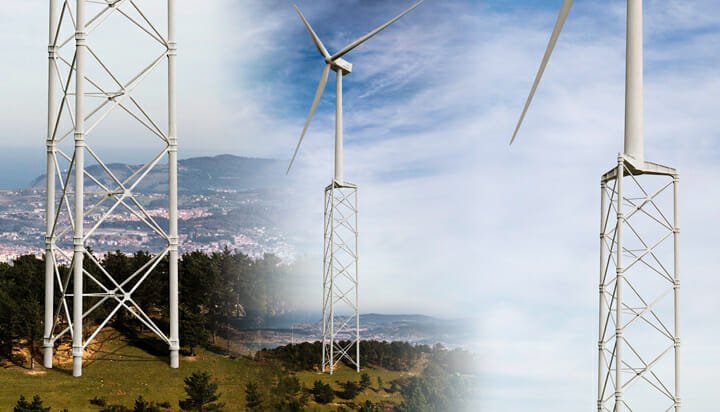 An onshore steel wind turbine tower claimed to be the tallest in the world has been installed in Eslava, Northern Spain.

Nabrawind Technologies says the unique design of its 160-metre tall Nabralift tower prototype – which was installed in under two weeks – means it can be set up, together with the turbine nacelle and rotor, via a self-erecting system using hydraulic jacks.

The tower is said to be 20% lighter than current steel towers and can be transported in standard trucks.

The prototype will be tested, following which the firm expects to install up to seven towers next year, ranging up to 200 metres in height.

Ion Arocena, Nabralift Programme Manager at Nabrawind Technologies said: “The validation of our technology by means of this prototype marks an important milestone in our commercialisation. We’re confirming 15% to 20% cost reductions versus conventional approaches like tubular steel or hybrid tower and by next year, we aim to produce and install up to seven towers between 135m and 200m height.”