Author, entrepreneur and world traveller Travis Rabenberg has created the vehicle, which will be unveiled later this month 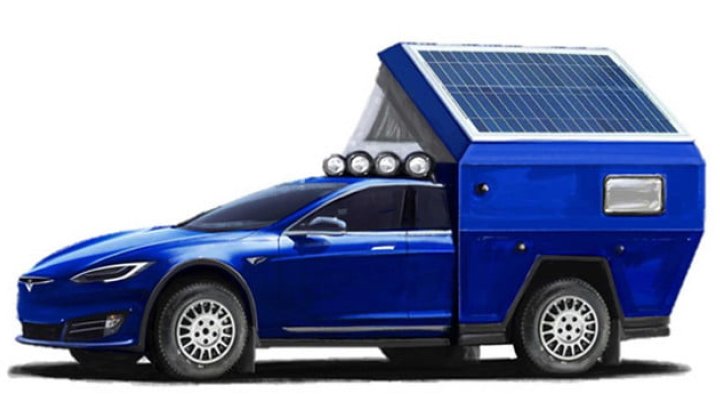 An American author, entrepreneur and world traveller has converted a Tesla Model S into a solar-powered camper van.

The motorhome prototype, built by Travis Rabenberg, will be unveiled alongside a range of other low carbon vehicles at the Michigan Energy Office’s EV ‘ride and drive’ event hosted later this month.

The Tesla ‘Roamer’ has an expected top speed of 150mph and a range of 200 miles – this could mean it has a chance to break the Guinness World Land Speed Record for an electric motorhome.

So far, not many details about the prototype have been released but several modifications are visible from renders published online – these include a camper box, which can open into a tent, as well as off-road tires and solar panels on the roof.

Mr Rabenberg plans to drive the camper van from the UK to Dubai, where it will lead a parade of electric vehicles into the World Expo 2020.

The State of Michigan has also announced it will also unveil its first electric school buses at the ‘ride and drive’ showcase.

A Tesla Model S has previously been converted into an electric hearse.