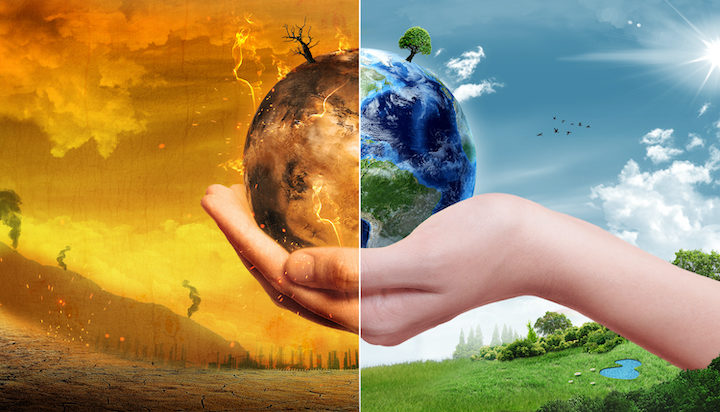 The UK Government has set out its ambitious approach to prepare for the effects of climate change at home and overseas, helping vulnerable countries adapt and become more resilient.

It published its ‘Adaptation Communication’ following the virtual Climate Ambition Summit over the weekend, which brought together 75 world leaders as well as businesses and civil society to make strong new commitments to tackle climate change ahead of COP26, being held in Glasgow in 2021.

The UK’s action to adapt to the effects of climate change is integrated across government departments, covering the natural environment, infrastructure, people and the built environment, business and industry and local government.

Examples include committing £640 million through the Nature for Climate Fund to protect, restore and expand habitats like woodlands and peat bogs while supporting climate mitigation and adaptation through natural carbon capture, in addition to the Green Recovery Challenge Fund which has brought forward £80 million to kickstart a programme of nature-based solutions.

The government said it is also ensuring that climate science and research, such as the UK Climate Projections 2018, are fully integrated into planning and decision-making, including on major infrastructure and setting out a roadmap to create a country that is more resilient to future flooding and coastal erosion risks, which has been accompanied by record funding of £5.2 billion between 2021 and 2027.

It added the UK is helping countries on the frontline of climate change adapt and build resilience by doubling its International Climate Finance (ICF) contribution to £11.6 billion between 2021 and 2026 as well as supporting the international Risk-informed Early Action Partnership (REAP), which aims to make one billion people safer from disasters by 2025 through climate adaptation laws and improved early warning systems.

In addition, it is spearheading changes to adaptation and resilience financing, for example, through the Coalition for Climate Resilient Investment and the LIFE AR programme, which will enable the least developed countries to direct at least 70% of climate finance flows to support local level actions by 2030.

Environment Minister Rebecca Pow said on the day: “The impacts of climate change demand urgent action and we are determined to be global leaders. We must adapt to these impacts at home and overseas. That is why the UK is fulfilling a key commitment of the Paris Agreement and asking others to do the same both at today’s Climate Ambition Summit and ahead of COP26 in Glasgow next year as we come together for our planet.

“We can’t rest on our laurels, which is why, as well as implementing the bold actions set out today, we’re developing a long term vision and framework to help us ensure resilience to climate risk up to 2050 and beyond.”

The Adaptation Communication will be submitted to the UN Framework Convention on Climate Change (UNFCCC), alongside the UK’s enhanced Nationally Determined Contribution (NDC) and the UK’s Biennial Finance Communication.

Together, these set out the UK’s commitments under the three pillars of the Paris climate agreement – mitigation, adaptation and climate finance.

Anne-Marie Trevelyan, the UK’s International Champion on Adaptation and Resilience for the COP26 Presidency said: “We must act now to ensure our communities and economies are resilient to the climate shocks which are coming. From floods to droughts, to rising sea levels and wildfires, we need to be better prepared both at home and overseas to protect lives and livelihoods. We need to make sure those most vulnerable, especially women and girls, are at the forefront of our planning and investment as a world.

“The UK is committed to supporting those countries most vulnerable to climate change impacts, whilst taking strong action to prepare at home. Our ambitious plan published today sends a clear signal that the UK is putting adaptation at the heart of its domestic and international climate action and we want to see all countries doing the same ahead of the COP26 climate summit next year.”

Prime Minister Boris Johnson also made a commitment to end taxpayer support for fossil fuel projects overseas “as soon as possible” at the Summit.