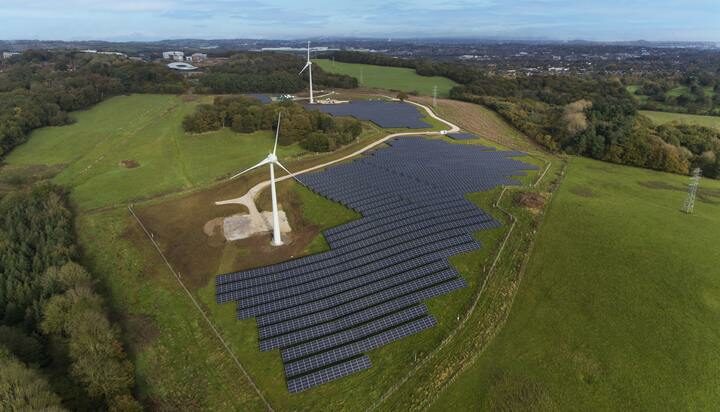 Fierce Storm Franklin winds helped a university in Newcastle-under-Lyme, Staffordshire cover half of its electricity needs with green power.

Keele University said on Monday: “The two wind turbines on our energy park have generated nearly 50% of our campus energy demand today and have recorded a top wind speed of 75mph.”

The LCEGP also features 12,500 solar panels and an industrial-sized battery to store the generated energy.

The project supports Keele University’s pledge to be carbon-neutral by 2030.

Phil Butters, Director of Estates and Development at Keele University told ELN: “I am both delighted and proud that we are now generating really significant amounts of our electricity needs on campus through the successful installation of two wind turbines and 12,500 solar photovoltaic panels at our LCEGP.

“It has been a fantastic experience and a pleasure to work in partnership with ENGIE (EQUANS) to successfully deliver this important project.

“This scale of on-site generation provides a significant enhancement to the opportunities provided by Keele as an at scale Smart Energy Network Demonstrator.

“It also underpins our Sustainable Energy Strategy, which looks to optimise building performance alongside on-site renewable energy generation and storage.”