Nuclear plants in the US were barely affected by a 5.8-magnitude earthquake yesterday. Despite the quake being just a few miles from the two-reactor North Anna nuclear power plant in […] 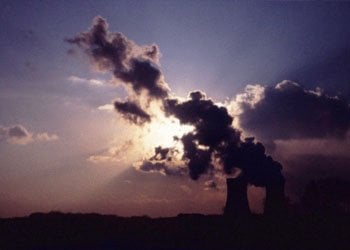 Nuclear plants in the US were barely affected by a 5.8-magnitude earthquake yesterday. Despite the quake being just a few miles from the two-reactor North Anna nuclear power plant in Virginia, operators have reported no faults.

The plant shut down automatically but power is being provided by onsite diesel generators and the plant’s safety systems are operating normally. Additionally, staff at PPL Corporation’s Susquehanna nuclear power plant in Pennsylvania identified no nuclear safety issues as a result of an automatic shutdown and operator Entergy said their plants continue to operate as normal.

The Nuclear Energy Institute’s senior vice president and chief nuclear officer, Tony Pietrangelo praised strong safety policies: “The systems at every U.S. nuclear energy facility where the earthquake’s effects were felt responded as designed. The facilities either shut down safely or are continuing to safely generate the electricity that helps sustain our nation’s economy.”

The North Anna Plant declared the second-lowest alert of the US Nuclear Regulatory Commission’s four emergency classifications, when the plant lost electricity from the grid following the quake just before 2 p.m. Tuesday.

Mr Pietrangelo added their plants had been under several tests already: “U.S. nuclear energy facilities have been tested repeatedly by Mother Nature this summer, including tornadoes in the Southeast and record flooding in Nebraska. They have successfully met these challenges because plant personnel are fully trained and proficient in their duties within a multi-layered protective strategy that has multiple defenses to ensure safety even in the face of extreme events.”

Companies must look for benefits of low carbon economy