Developers interested in generating renewable electricity will now be able to commission and build projects “more quickly” under a new programme announced today. It aims to help low carbon electricity […] 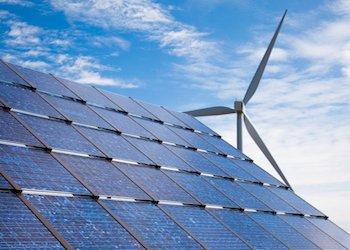 Developers interested in generating renewable electricity will now be able to commission and build projects “more quickly” under a new programme announced today.

It aims to help low carbon electricity project developers make final investment decisions ahead of the changes to the electricity market next year, i.e. the Contracts for Difference (CfD) scheme being put in place as part of the Electricity Market Reform.

The CfD scheme is expected to provide a long-term plan for stable and predictable incentives for businesses to invest in low-carbon electricity generation. However, there were concerns about the uncertainty caused by the transition to the CfD scheme which could potentially delay projects and reduce investor confidence.

Under the ‘Final Investment Decision Enabling’ programme, DECC has published further details of the process for providing support to renewable electricity projects, including information on the form of support available and the qualification criteria. The Government expects the process of helping make final investment decisions this year will allow construction to start on a number of projects sooner.

Energy Secretary Ed Davey said: “It’s vital that we get the economy moving again and stimulating low carbon investment and the creation of green jobs is central to this. We want to give investors and project developers across low-carbon technologies as much certainty as we can, as early as we can. That’s why we are launching a process that will enable investment decisions to be taken before changes to the electricity market come into effect, ensuring that renewable electricity projects can get built, bringing investment and jobs.”