US billionaire Donald Trump has launched a legal case to challenge the Scottish Government’s approval to build an offshore wind farm in Scotland. The Trump Organisation lodged a petition seeking […] 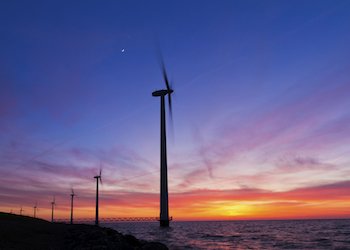 US billionaire Donald Trump has launched a legal case to challenge the Scottish Government’s approval to build an offshore wind farm in Scotland.

The Trump Organisation lodged a petition seeking a judicial review of the Government’s decision to approve the £230 million development near his luxury golf resort. The tycoon is claimed to have said the European Offshore Wind Deployment Centre – which will include 11 turbines – would “spoil the view” from his golf course.

However, there was roughly three times more public support for the project – 465 in support of the proposal versus 148 objections as ELN previously reported.

In a statement, Mr Trump said: “I plan on proceeding for as long as required, irrespective of cost. It’s unfortunate that we have been forced to seek judicial intervention following the recent decision of the Scottish Ministers.

“We will not allow the Scottish Government or any other party to undermine what we have created at Trump International Golf Links and look forward to progressing the development further once this battle is behind us.”

The Scottish Government said the offshore wind sector could generate more than £7 billion to Scotland’s economy and support up to 28,000 direct jobs and 20,000 indirect jobs by 2020.

A spokesperson added: “The decision on the European Offshore Wind Deployment Centre application was made following thorough consideration of all material issues connected with the application, taking into account views of consultees, stakeholders and members of the public.

“This development offers a significant and strategic opportunity to drive the harnessing of Scotland’s vast offshore renewables resources forward by providing a site for developers to prove new and innovative solutions in a real time environment.”