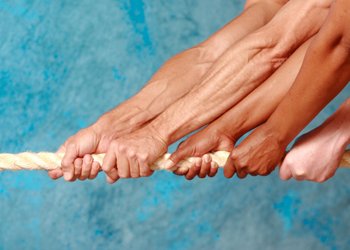 A British energy consultancy is hoping to prove there’s strength in numbers – it has started a buying group for middle-sized businesses with the aim of getting better electricity prices by pulling together.

Companies using a minimum of 1GW of electricity a year can join the buying collective. There’s no official maximum limit but the brokerage is targeting it at customers between 1GW or 1 million kilowatt hours (kWh) and 20 million kWh.

Lee White, Pricing Analyst at CUB which publicly revealed the new group this week said: “We found that some of our clients were stuck in a no-man’s land as their consumption wasn’t small enough to get the cheap one off deals, or wasn’t big enough to get the suppliers battling over the consumption amount. This is why we introduced a product that brings the medium businesses together so that they could have the same choices given to them as the big consumers.”

The family-run company CUB is offering to do the heavy lifting such as buying and admin on firms’ behalf. Their new product has been on offer for two months although no takers have taken the plunge on it yet.

Mr White went on: “The way it works is to team up businesses with consumption over 1million kWh into a buying group. This process assists in driving down supplier margins as well as providing the group access to cheaper electricity prices from the live electricity market.”

Often local authorities buy energy in groups or ‘baskets’, one of the largest examples being the Government Procurement Service which arranges power for .

CUB says their new product will be similar to a basket except that it allows businesses to opt out at any time from the basket to a pure fixed contract.

A spokesperson told ELN: “If they want to back out at any time they can go onto a fixed contract.”

There are two options available in the energy buying collective, a ‘fixed’ strategy aimed at firms which are new to flexible energy procurement or looking to stick to a regular monthly budget.

Secondly a slightly riskier ‘flexible’ strategy would appeal to firms “comfortable” with a new rate each month for energy, according to CUB, with prices based on the wholesale markets including the day ahead markets.