Scotland could see “very significant” tax increases or cuts to public spending if its North Sea revenues were diverted to an oil fund post-independence. Launching the Treasury’s fifth analysis paper […] 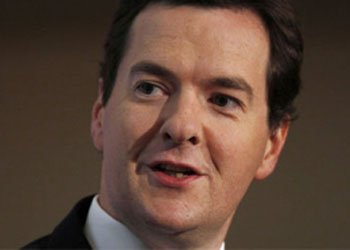 Scotland could see “very significant” tax increases or cuts to public spending if its North Sea revenues were diverted to an oil fund post-independence.

Launching the Treasury’s fifth analysis paper on the possibility of an independent Scotland, Chancellor George Osborne delivered the message at the Offshore Europe Conference in Aberdeen yesterday.

Scotland is planning to establish a Norwegian-style oil fund. Norway has invested profits from its oil industry into a pot which currently stands at $720 billion (£475bn).

The report called ‘Scotland Analysis – Macroeconomic and fiscal performance’ however warns Scotland is “currently far from having the fiscal position that would make such a fund viable”.

It states: “Implementing an oil fund in a similar way to Norway would imply very significant tax increases or cuts to public spending over and above the plans that have been set by the UK Government to repair the impact of the financial crisis.”

The report goes on: “Based on forecasts of Scotland’s fiscal position in 2016-17 by the Centre for Public Policy for Regions, for an independent Scotland to start an oil fund in 2016-17 from a balanced budget, additional fiscal consolidation of 5.1% of GDP or £8.4 billion in real terms, would be needed. That implies nominal spending cuts of 13% from current levels or onshore tax rises of 18%. Additional fiscal consolidation would then be required to begin making contributions to the fund.”

The Chancellor also rubbished the Scottish Government’s calculation there is £1.5 trillion worth of revenues still in the North Sea as the Office for National Statistics valued it at £120 billion.

He added Scotland doesn’t have to cope with the challenge of managing volatile oil revenues as part of the UK and Scottish GDP could be 4% higher in 30 years if it is part of the UK, i.e. £2,000 for every family in Scotland.

The news comes as Scottish Energy Minister Fergus Ewing announced the launch of an independent expert group to provide advice on how to maximise returns from the North Sea oil and gas.

Oil and gas still meets around 70% of the UK’s primary energy needs – with more than half of UK demand for oil and gas met by UK production.