National Grid saw operating profit in its UK arm rise in the first six months of 2013 after increasing the amount it charges energy customers. Profit was up 7.7% in […] 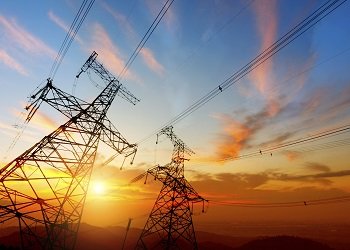 National Grid saw operating profit in its UK arm rise in the first six months of 2013 after increasing the amount it charges energy customers.

Profit was up 7.7% in the first half of the financial year however a poor performance in the US market dragged the company’s overall profits down.

Its total operating profits from UK energy transmission and distribution networks rose to £1.2 billion from £1.1 billion a year ago. Electricity transmission network profits rose 12% to £614 million while gas transmission profits fell 18% to £133 million.

Chief Executive Steve Holliday said: “Our UK businesses started their first year under the new RIIO price controls well, making good early progress and are on track to deliver strong returns for the year as a whole.”

National Grid’s revenues in the UK comes from levies on consumers’ energy bills which are set at levels determined by Ofgem as part of the RIIO, which helped boost sales. They were up 11% to £6.72 billion from £6.08 billion.

Total pre-tax profits were however down 7% in the first six months, falling to £979 million from £1.05 billion a year earlier. National Grid said it reflected the “temporary additional cost of pre-financing asset growth at attractive interest rates”.

Mr Holliday added: “I am pleased with the solid start we have made to the year, in line with our expectations overall both operationally and financially.

“We continue to invest efficiently in essential regulated assets on both sides of the Atlantic, providing our customers with reliable networks while generating value and driving growth. The new eight-year price controls, covering our principal UK regulated activities and the recent rate case settlements in the US provide us with the long-term framework and clarity to continue to invest for the future.”