‘Businesses accept changing climate is caused by their emissions’

Businesses in general accept the climate is changing and that greenhouse gas emissions caused by them is the main factor. That’s according to Jonathan Grant (pictured, right), Director – Carbon […] 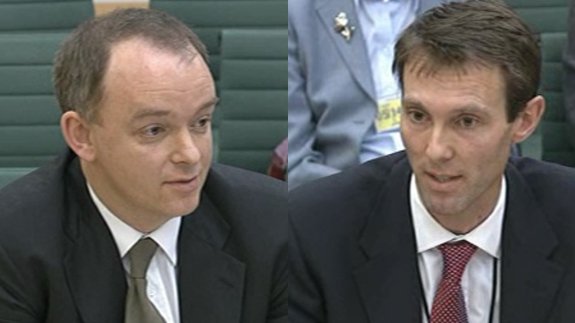 Businesses in general accept the climate is changing and that greenhouse gas emissions caused by them is the main factor.

That’s according to Jonathan Grant (pictured, right), Director – Carbon Markets & Climate Policy at PwC, who told a panel of MPs that firms believe the “big questions” on climate change have been answered by scientists but they are now questioning what the “appropriate policy response should be”.

He was giving evidence to the Energy and Climate Change Committee on the report from the Intergovernmental Panel on Climate Change (IPCC), which found there has been “clear” human influence on the climate crisis.

Mr Grant said: “During the 1990s when there was more uncertainty on the science, there were many fossil fuel companies that were actively engaged in focusing on that scientific uncertainty. I think more recently as the science has become more certain, businesses are less inclined to argue the science and they get more actively engaged in the debate about the policy response. I think they think that’s more productive.”

The IPCC report also found that if greenhouse gas emissions are reduced significantly, the rise in global average surface temperature could be limited to between 0.9°C and 2.3°C.

Guy Newey (pictured, left), Head of Environment and Energy at Policy Exchange said policy makers are taking the issue “more seriously than they were before” however he believes the IPCC report “hasn’t changed their position”.

He added: “The question is what do you do in the face of uncertainty about future events. And that is a very difficult political and economic question to get to. But yes there has been an increase in policy action. There’s still a lot of debate about what we should do about it.”