Customers on prepayment meters could save up to £250 if suppliers offered tariffs that were as competitively priced as those available to direct debit customers. The Competition and Markets Authority […] 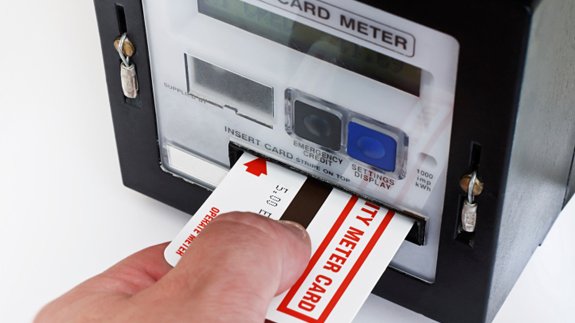 Customers on prepayment meters could save up to £250 if suppliers offered tariffs that were as competitively priced as those available to direct debit customers.

The Competition and Markets Authority (CMA) found the tariffs on offer to prepayment customers are “not priced at a level consistent” with those on direct debit.

It said domestic customers paying by direct debit are more likely to have switched in the past three years and a larger proportion of customers who are on discounted tariffs pay by direct debit.

The competition watchdog added the gains from switching for prepayment customers with what is currently offered are “small”.

It also found around 17,000 customers without debt who attempted to switch to a credit meter were refused in 2014.

It stated: “If competitively priced tariffs were offered in the PPS, PPM customers would be able to make substantial gains from switching – of the order of £150-£250.”

It found around 15% of prepayment customers are in debt to their supplier.

The CMA added: “We’ve found that the technical limitations of prepayment meters limit their ability to innovate by offering suitable tariffs to these customers. In addition, suppliers’ incentives to compete for these customers are reduced due to actual and perceived higher costs to engage (and acquire) them compared to other customers and to the fact that some of them have existing debts (which makes the prospect of completing a switch unlikely).

“Consequently such customers don’t have the same access to cheaper tariffs as others, can’t switch and save money to the same degree – and therefore pay more.”

Its recommendations include removing existing barriers to switching, a possible price control and measures to prompt prepayment customers to switch by allowing other suppliers to contact them.

Prior to deciding what, if any, action should be taken and by whom, the CMA is urging interested parties to provide their views by 6th January 2016.

A consultation on Ofgem’s proposals for smarter prepayment plans was launched in September.