Environment Agency to crack down on illegal waste

The Environment Agency (EA) is to introduce new powers to tackle the serious problem of waste crime and open a consultation surrounding the crack-down on illegal sites. That’s according to […] 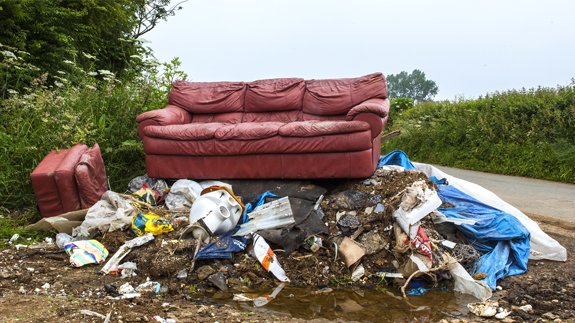 The Environment Agency (EA) is to introduce new powers to tackle the serious problem of waste crime and open a consultation surrounding the crack-down on illegal sites.

She added the smells, ugly views, vermin and flies that result also create severe problems for people who live or work nearby.

She said the EA will soon be able to lock the gates or block access to problem waste sites to prevent thousands of tonnes of waste illegally building up.

The powers will also enable the agency to clear all the waste at a problem waste site, not just that which is illegal.

It also suggests the government should provide local authorities with the option of fining those whose waste ends up fly-tipped or illegally dumped rather than having to pursue them through the courts.

Environment Minister Therese Coffey said: “Waste crime and fly-tipping blight our communities and spoil our countryside, and we need determined action to tackle it.

“These new powers for the EA will curb the rise of waste sites that continue to operate outside the law.”