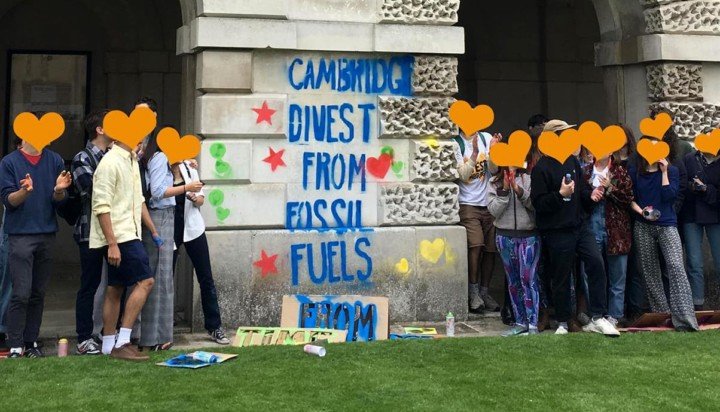 Three first-year students have ended a six-day hunger strike aimed at encouraging the University of Cambridge to divest from fossil fuels.

Sam Warren-Miell, Ben Margolis and Beth Bhargava stopped eating last Wednesday, ahead of a University Council vote expected yesterday, which was postponed after failing to reach a decision.

They decided to stop the protest in light of no new date being set for when the meeting will next convene and due to their families’ wishes.

The hunger strikers had originally vowed not to eat until the university committed to full divestment.

An occupation of several of the its administrative offices are continuing, where students have barricaded doors and created a study space for those with impending examinations.

A report from the university’s divestment working group made a series of recommendations, including the university should commit to carbon neutrality by 2040 but didn’t recommend full divestment.

A spokesperson said: “The council did not complete its deliberations on the report’s recommendations during today’s meeting but will return to provide a detailed response urgently.”