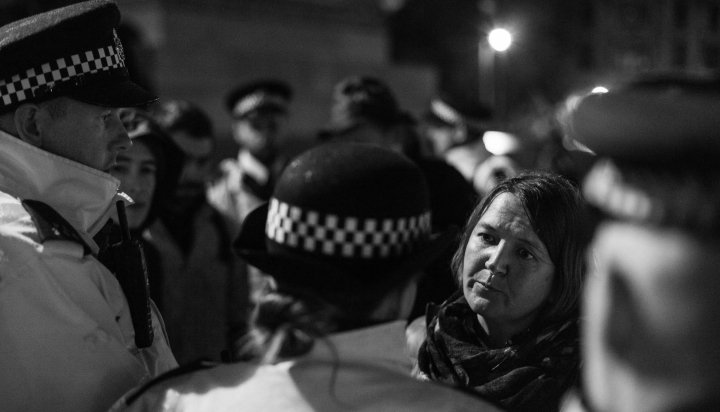 Police have banned Extinction Rebellion activists from protesting in London.

They warned that failing to comply with the ban makes protestors liable for arrest and prosecution.

The move aims to cut short the planned two weeks of demonstrations across the capital, in which Extinction Rebellion activists have beem calling on the government to do more to tackle climate change.

Deputy Assistant Commissioner Laurence Taylor said: “These conditions have been imposed due to the continued breaches of the section 14 condition previously implemented and ongoing serious disruption to the community.

“Officers have begun the process of clearing Trafalgar Square and getting things back to normal.

“Since the beginning of this operation officers have been working hard to keep London moving. There have been more than 1,400 arrests, and a number of people have been charged. The policing operation continues, and we will continue to take action against anyone engaged in unlawful protests at locations targeted by Extinction Rebellion.”

Extinction Rebellion tweeted: “It ain’t over ’till it’s over. We refuse to bequeath a dying planet to future generations by failing to #ActNow. We act in peace, with ferocious love of life in our hearts. We act on behalf of life. Our #InternationalRebellion continues.”