Global increases in temperature ‘could be held to 2.1°C by the end of the century’

That’s the suggestion from the Climate Action Tracker group, which previously estimated the planet’s atmosphere could warm by as much as 3°C by 2100 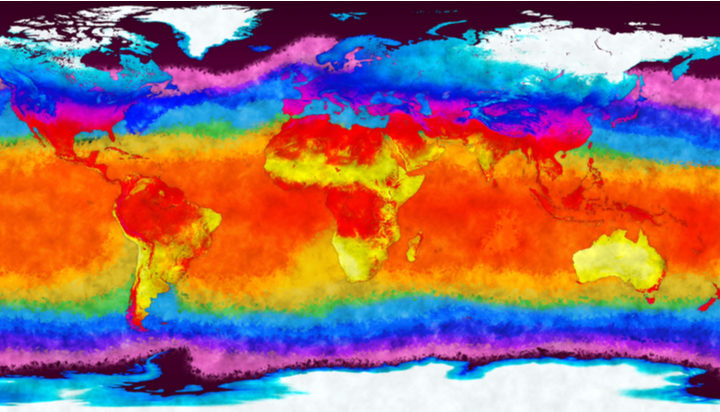 Global increases in temperature could be held to 2.1°C by the end of the century as a result of recent political changes and announcements.

That’s the suggestion from the Climate Action Tracker group, which previously estimated the planet’s atmosphere could warm by as much as 3°C by 2100 and forecast a temperature rise of 2.7°C as recently as this September.

The Paris Agreement aims to limit warming to 2°C and strives towards a more challenging maximum increase of 1.5°C, which is still stated by many scientists as the absolute limit to avoid catastrophic effects.

The Climate Action Tracker group, which studies the emissions-reduction pledges of countries around the world, notes the figure of 2.1°C is “optimistic” and says the revised figure comes in part as a result of China’s recent pledge to reach net zero emissions by 2060 and its promise that its emissions levels will peak before 2030 – the Climate Action Tracker report predicts these commitments from the Asian industrial giant alone could reduce warming by between 0.2°C and 0.3°C by 2100.

Other changes that have had a dramatic impact on the forecasts include Japan and South Korea agreeing to reach net zero by 2050, South Africa and Canada announcing decarbonisation goals and the election of Joe Biden in the US, who has promised to tackle climate change and deliver net zero emissions by 2050 – this last pledge could cut global temperatures by 0.1°C by the end of the century.

Outgoing President Donald Trump infamously withdrew from the Paris Agreement and slashed environmental protections during his time in office.

The positive steps outlined above mean more than half of global emissions are now covered by large nations with a zero-emission by mid-century goal.

However, the Climate Action Tracker study notes while progress is ramping up and the goals of the Paris Agreement are gradually becoming “within striking distance”, long-term optimism and political promises are not being matched by action in the short-term.

It stresses many countries’ national targets to cut emissions by 2030 are not good enough and warns many of the world’s nations are not on the pathway to deliver their promised reductions – even more worryingly, it highlights that many nations have not set goals at all and continue to invest in polluting energy sources such as coal.

The organisation states: “While 2050 net zero targets are commendable, governments must now adopt stronger 2030 targets (nationally determined contributions or NDCs) to deliver on their net zero goals, and close the remaining emissions gap to 1.5°C. The end of 2020 deadline to submit new and updated NDCs is fast approaching. These strengthened NDCs are critical to ensuring governments can meet their mid-century net zero targets. Governments must also develop detailed implementation plans to support these targets.

“However, there remains little positive movement by governments to improve their 2030 NDC targets since Paris in 2015. As of November 2020, no large emitter had submitted a substantially updated NDC since the adoption of the Paris Agreement. Moreover, governments’ current policies put them on a warming trajectory of 0.8°C higher than our optimistic net zero target assessment.”